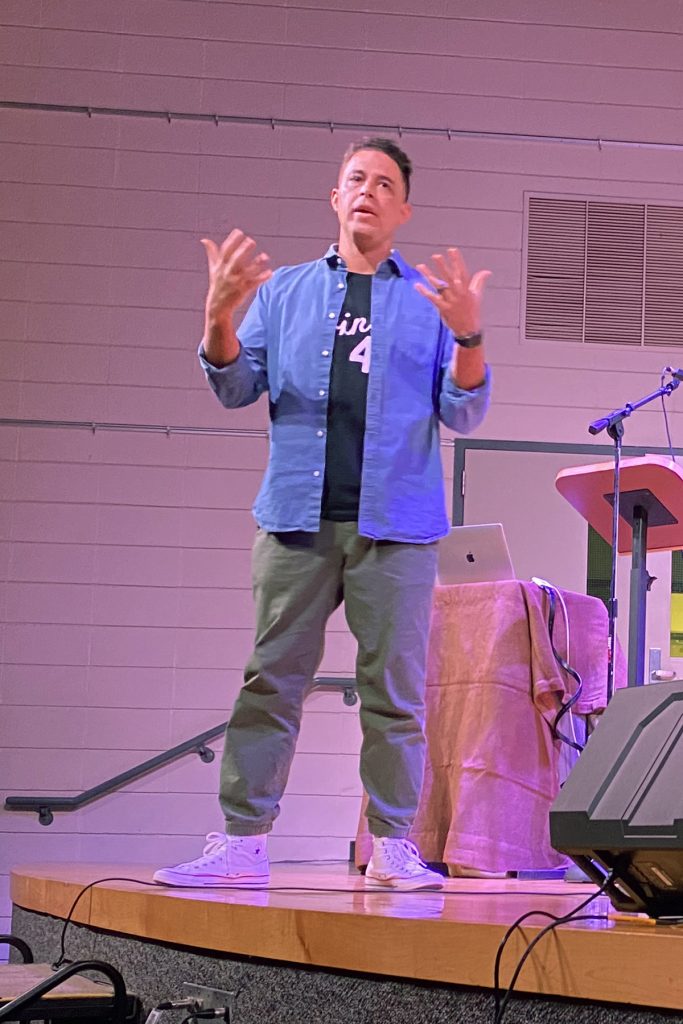 On Monday, April 11, Alexei Moon Casselle, a.k.a Crescent Moon, (Music 1999) spoke to students during Common Ex. Common Ex is a series of presentations where students hear about the artistic life from practicing artists, many of whom are Perpich graduates. As a musician, Casselle has toured North America and Western Europe extensively and played hundreds of concerts as a frontman/lead vocalist, as well as a backing vocalist, for revered hip-hop acts Eyedea & Abilities and Atmosphere. Casselle has recorded and released over twenty albums with various hip-hop groups, as well as with folk/Americana band Roma di Luna that he co-led as a singer/songwriter with Channy Leaneagh (POLIÇA). Some of his current projects include Kill The Vultures, Mixed Blood Majority, and a band with his 13-year-old daughter called DoubleDragon.

As he told students about his artistic journey, he offered three pieces of advice:

Casselle is also an educator, having taught English at the FAIR Downtown School, and currently at Battle Creek Middle School in East St. Paul. 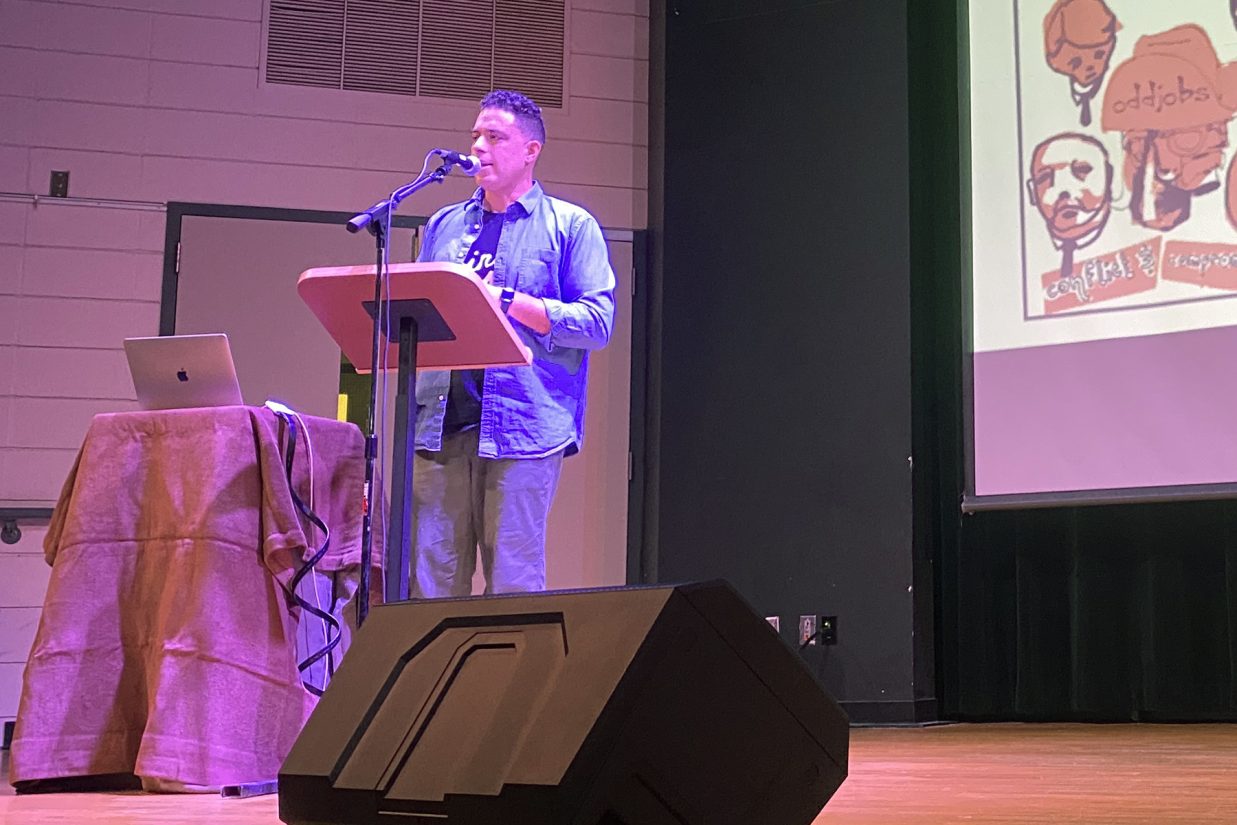 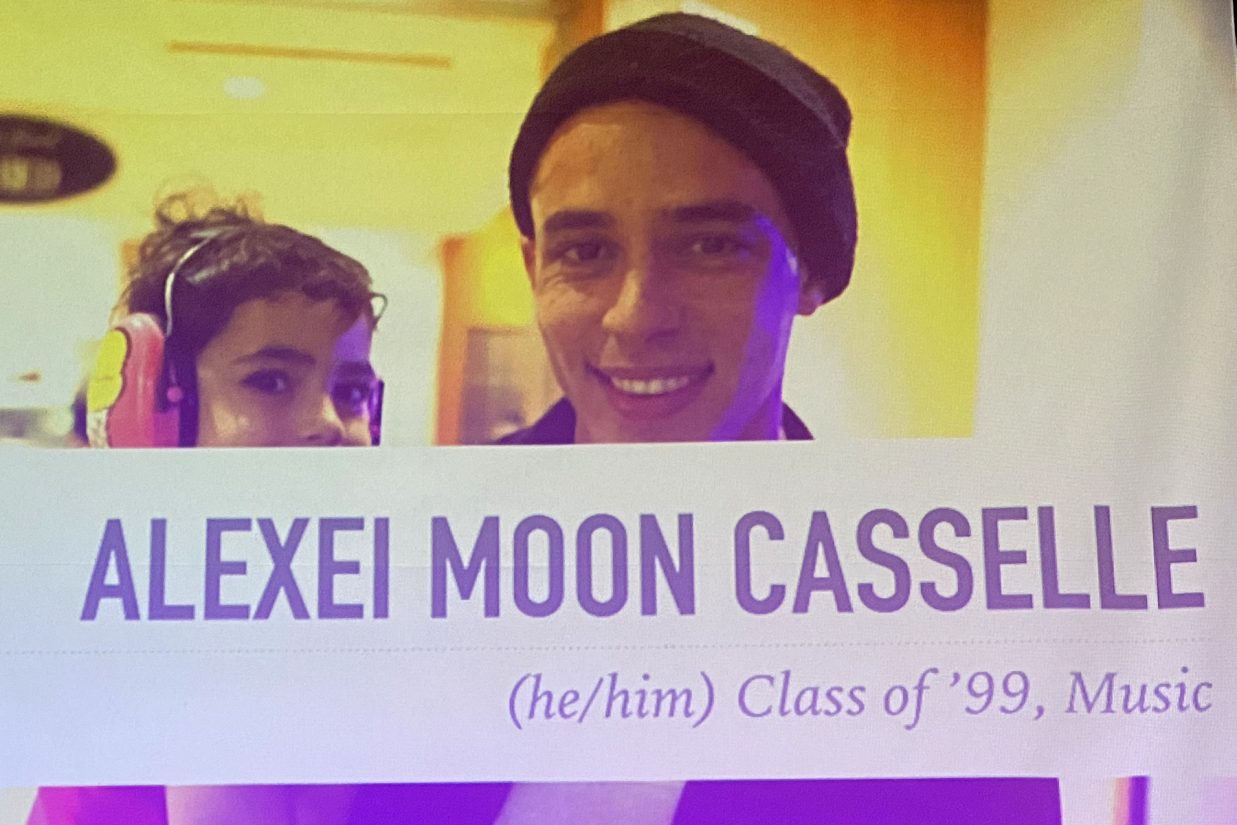 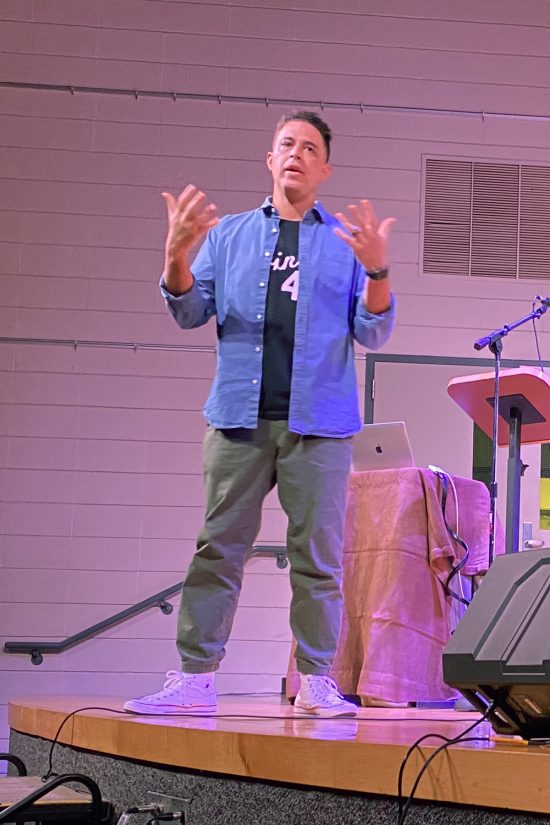 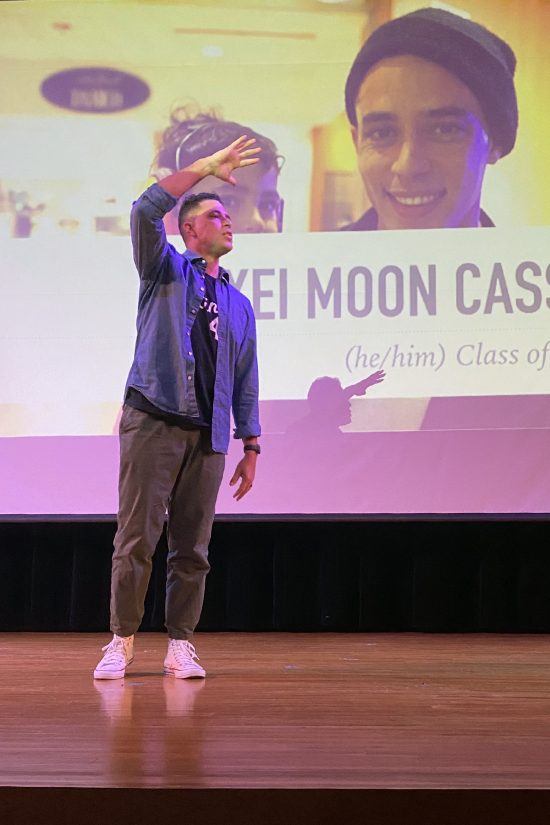 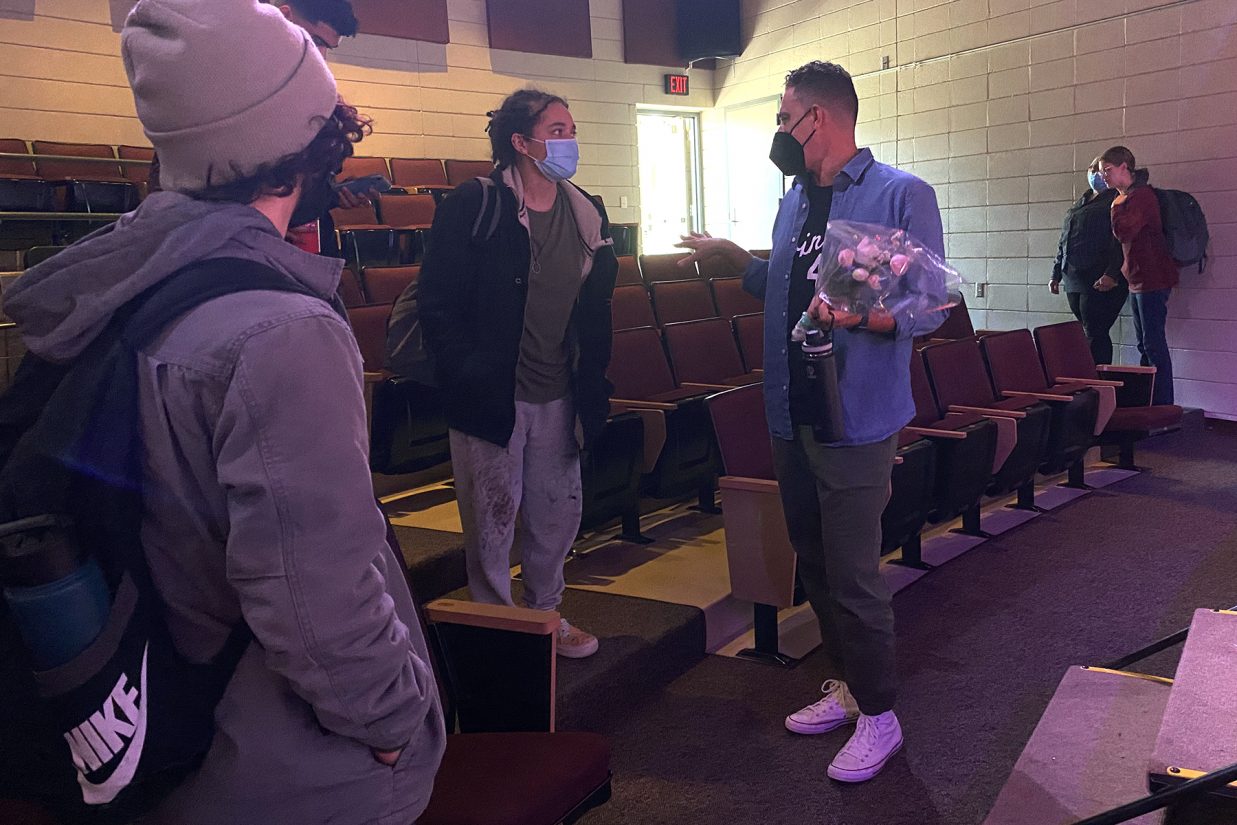 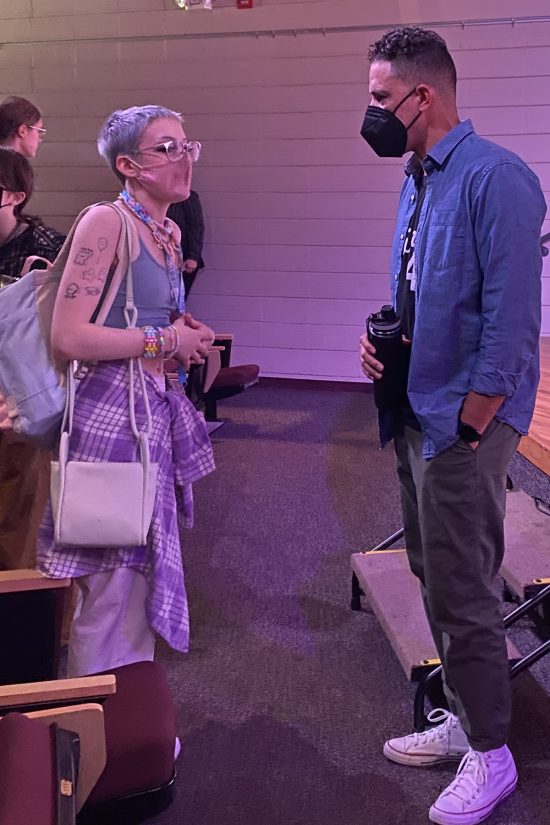