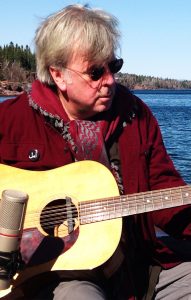 Chris Cunningham has been teaching musicians and sound artists in colleges and schools for more than 20 years. He has chaired composition and music production faculties at several Twin Cities institutions, and has been a regular music instructor at Perpich over the years. He loves teaching because he loves learning. His son graduated from Perpich in music in 2017. He learns a lot from his son, and hopes that he will continue to throw the old man a gig every now and then.