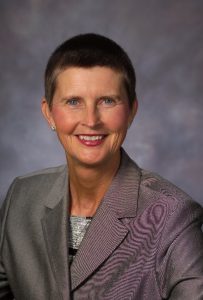 Janet Mohr has served Minnesota public education for more than 45 years, positively contributing to the lives of children, families, and communities. Her appointment to the Board, made by Gov. Tim Walz and Lt. Gov. Peggy Flanagan, went into effect on April 5, 2022 and expires January 6, 2025.

In 2013, Mohr was appointed Executive Director of the Minnesota Board of School Administrators. During this time, she worked with the governor’s staff and elected officials in the state legislature to carry education issues forward. Mohr successfully led accreditation efforts for state colleges and universities, establishing high standards of conduct for all licensed administrators.

Mohr received her bachelor’s degree from UW-Superior and her education specialist and master’s degrees from Minnesota State University-Moorhead. Janet and her husband, Jeff, are proud alumni of UW-Superior.