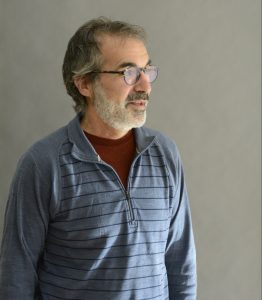 João Bichinho received a B.A. in history from New England College, New Hampshire and an M.A. in teaching from Mankato State University. He has taught at Perpich since 1992. He previously taught at the American International School in Lisbon, Portugal; Mounds Park Academy in St. Paul, and – while on leave in 2008-09 – at Quest Academy (a charter school) in St. Louis Park. He has been the recipient of three National Endowment for the Humanities Summer Institute grants, most recently at the Museum of Chinese in America (MOCA) in New York City, studying “The Chinese American Act & Immigration in America”. He is also a contributing translator for Watching America, a leading aggregator of foreign opinion publications about the United States. He is originally from Mozambique, and has also lived in South Africa, Portugal, and England.