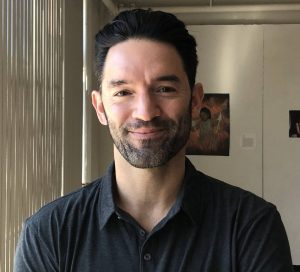 Khalid Ali is a filmmaker and educator from Baltimore, Maryland. Originally trained as a commercial filmmaker in Los Angeles, Khalid developed an interest in documentary film when he began traveling to China with his older brother. Intrigued by the ability of his camera to bridge cultural differences, his experiences there evolved into a series of documentaries about Chinese urban culture, particularly on the margins of society. Since returning home, Khalid has applied the same approach to filmmaking in his native Baltimore. Whether in China or the U.S., his films follow people toiling in humble jobs but who aspire to greatness. Together, their stories show how work can define or defy one’s identity. Khalid taught filmmaking for 11 years at Carver Center for Arts & Technology in Baltimore County before joining Perpich in 2022.