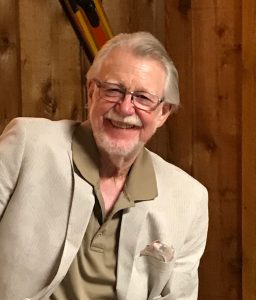 Steven K. Anderson is a musician and instructor. He was an instrumental music instructor at Central Lakes College in Brainerd and retired in May, 2018. He founded and conducted the Central Lakes College Community Band and the Jazz Ensemble for twenty-seven years. His tenure as conductor included live concerts, pit orchestras for 13 Theater Department musicals, and three overseas tours: central Europe in 2011, England and Scotland in 2014, and Ireland in 2017.

Early on, Anderson quit teaching and was a musician and performer full time, playing a circuit he built across four states. In 1987 he was asked to lead the Northland Community College Jazz Band which marked the beginning of a 30-year career teaching music at the community college level. During this time he also developed a band instrument repair facility from home, servicing music departments for ten local public schools. In 1991 the family moved to Brainerd where Anderson started an Instrumental Music Department at what was then Brainerd Community College. He also performed at a local lake resort.

Since retiring from Central Lakes College, Steven conducts the Wadena Area Community Band based in the Wadena-Deer Creek High School. He enjoys performing at local venues which feature live music and riding his motorcycle when the weather permits.

Anderson was born in New Rockford, North Dakota and graduated from high school in Wittenberg, Wisconsin. He majored in Music Education at North Dakota State University in Fargo. Twice a widower, he has two children and two grandchildren.