Music Alumna to Perpich Students: Being A “Professional Artist” Can Happen

Musician Claire de Lune (aka Claire Taubenhaus) has been making a name for herself locally and beyond since her graduation from Perpich in 2007, where she studied music. In addition to recently receiving the “Best Vocalist (Female)” nod from City Pages’ Best Of 2015 awards, de Lune made waves with her hip hop group The Chalice a couple of years back, which led to her connecting with musicians such as Grant Cutler and Ryan Young from Trampled by Turtles.  We had a chance to talk with de Lune about her time at Perpich, what she gained from the experience and where she is now. 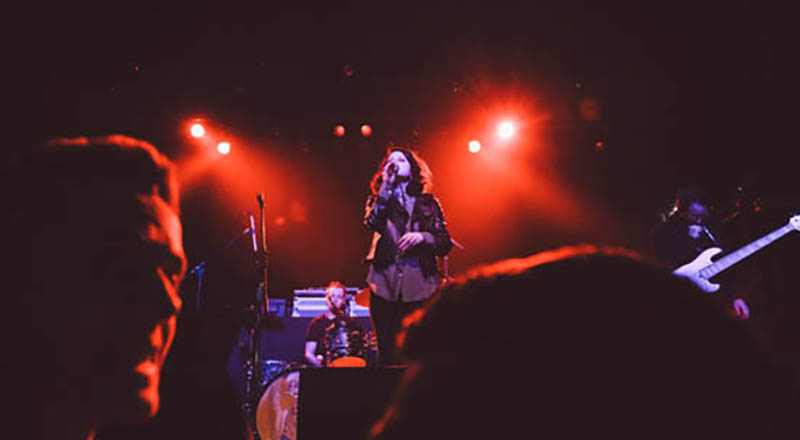 First of all congrats on the Best Female Vocalist honor from this year’s “City Pages” Best Of! Can you tell us a bit about what you’ve been doing since your time at Perpich and how you’ve gotten to the point you are now?

Thank you! Well, it has been eight years since I graduated, so a lot has happened in that time! If there’s been one thing I’ve learned from both my musical journey and my personal one, it’s that life is totally unpredictable.

I went to Bennington College in Vermont right after I graduated, because I thought that’s what you were supposed to do. Graduate, go to college, graduate again, become an adult. But it became abundantly clear to me during my first year there that rural Vermont was not the place I wanted to be to start my music career, so I moved back to Minneapolis and started working at First Avenue, a rock ‘n’ roll college of sorts. I was doing singer-songwriter stuff at the time, just me and a guitar. I then spent a little time living in Austin, and when I moved back to Minneapolis, a rapper friend asked me to sing on one of his songs.

This led me to doing a bunch more hip-hop collaborations, which led me to my last band, The Chalice (an all-female hip hop collective), and the attention from that project enabled me to meet the people I’m working with now (Grant Cutler, with whom I do the project Tiny Deaths, and also the three guys I play the songs with live), and Ryan Young (fiddle player from Trampled by Turtles, with whom I have a new band called Younger Moons). One thing leads to another, which leads to another, but I don’t think I could have predicted any of it.

How, if at all, did attending Perpich shape who you are as an artist and/or person?

I think attending Perpich shaped a lot about me as an artist and a person. First and foremost, it was my first “proof” that I was any good at this. Up until the point when I got to Perpich, the only people who I really let hear me sing or hear the songs I wrote were people who kind of had to tell me I was good regardless of whether or not it was true (my mom, for example). Getting into Perpich was kind of a moment of, “Oh. Wow. I might actually be able to do this.” And that confidence just continued to build while I was there, because Perpich is such a wonderful, nurturing environment for young artists, and I really was able to develop of sense of myself as an artist and as a person, without the gross judgey atmosphere of a “normal” high school. Everyone at Perpich is kind of a weirdo or a misfit, in the best way possible! It’s like a cool, weirdo commune where it’s safe to be yourself. That’s so invaluably important for development, both artistically and just as a human being.

I love Perpich whole-heartedly. I truly don’t know if I would have accomplished any of the stuff I have at this point if it wasn’t for that place. I’ll shout that from the rooftops. 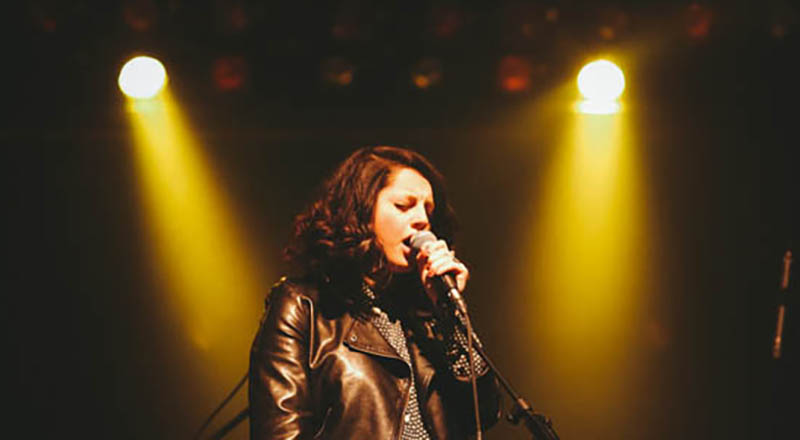 What are your future plans?

Harkening back to the “life is a totally unpredictable mystery” thing, I try not to make super specific plans anymore. What is that quote? “If you want to make god laugh, tell him about your plans?” Something like that? I think that’s true. But, as far as immediate future goes, I’m working on the next Tiny Deaths record, a full-length follow up to the EP we put out this fall. And I’m also working on the first Younger Moons record. I just got back from a west coast Tiny Deaths tour, and I’m about to do an east coast one later this spring. Beyond that, I just hope to continue building a sustainable career, brick by brick. I’m a long view kinda gal. I wanna be doing this for the rest of my life.

What advice would you give to current Perpich students?

Well first of all, be grateful for what you’ve got. Perpich is a really special place, and I look back on that time so fondly. And beyond that, for music students, it’s so great to have the opportunity to do those ensembles every day. It’s a lot more difficult as an adult to find people to play with, that’s where years of playing and networking come in. At Perpich, it’s just like, you’re a letter in a big bowl of alphabet soup, and all the other letters are other talented kids who love music too. And you have an hour or two every single day that is set aside for the explicit purpose of playing together, and you don’t even have to rent the practice space! That’s unreal. What a gift. So utilize that time, build relationships, make something cool.

Also: it’s totally possible to be a professional artist. It’s a thing that can actually happen. It’s really difficult and it involves a lot of being broke and maybe working a couple nights a week as a waitress or being more careful with money or whatever it may be… it involves sacrifice. But it’s a real, legitimate, career path. If you love your art, and you want to make it your career, you can do that. You don’t have to just be an accountant who does art on the side. You just have to be resilient, and creative about how you approach it. 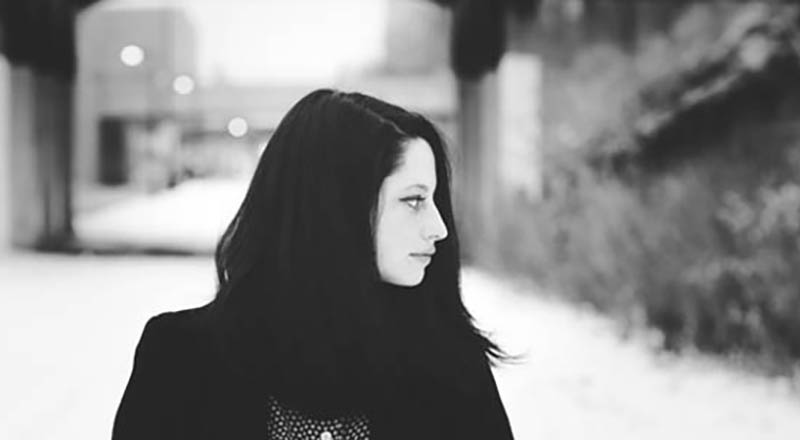