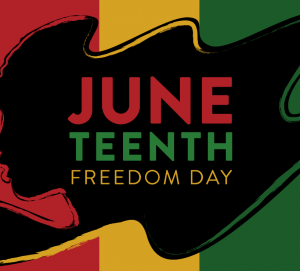 Governor Walz and Lt. Gov. Flanagan proclaimed June 19 as Juneteenth Freedom Day in Minnesota. Juneteenth commemorates the freedom of an estimated 250,000 enslaved African Americans in 1865. This day became known as America’s Second Independence Day as it occurred approximately two and a half years after President Lincoln signed the Emancipation Proclamation. Here are some meaningful ways to celebrate Juneteenth this month:

Challenge yourself to commit to at least one of these actions in June and incorporate them into your everyday life. Everyone must be part of the change to end racial injustice.