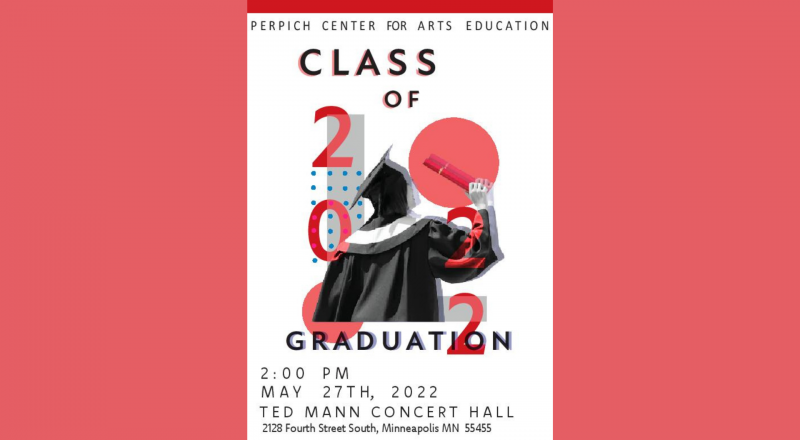 The Perpich Arts High School Class of 2022 graduated on May 27 in a ceremony at Ted Mann Auditorium on the University of Minnesota campus. The ceremony was also livestreamed on Facebook. Perpich is proud to announce that 100% of the Class…