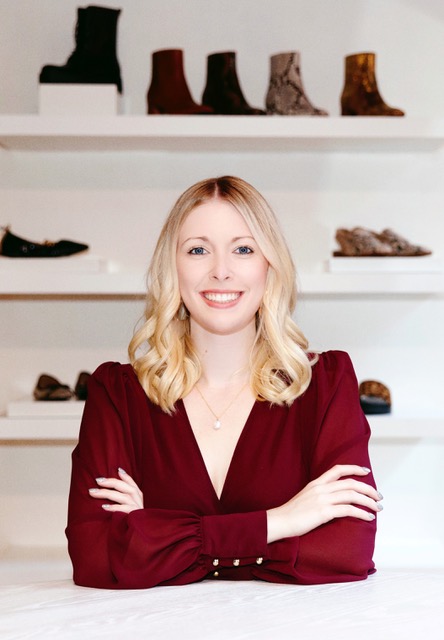 Allyssa Kaiser (Media Arts 2009) grew up in Big Lake, Minnesota. As a teenager, she discovered an affinity for the arts, so at 16, she applied to study at Perpich Arts High School. At Perpich, Kaiser found her passion for media, and this led to her attending Syracuse University, where she studied Advertising at the S.I. Newhouse School of Public Communications.

Kaiser is an accomplished marketer with nearly a decade of experience working with some of America’s best brands. Allyssa began her career agency-side servicing clients in financial services, technology, retail, and consumer packaged goods, with a roster that includes Verizon, Visa, and Johnson & Johnson. She then made the transition from agency to brand-side and joined Bowlero Corporation, the largest owner and operator of bowling entertainment venues in the world, where she oversaw the company’s media investment across its portfolio of three brands and 300 locations. Then the global pandemic hit New York City.

“I was fortunate to have been positioned for a year of growth and success at my prior employer. I had just been promoted to Director of Media, overseeing all paid media investments for the company, which spanned three core brands and 300 locations nationwide. The company had just agreed to sponsor my participation in a Harvard Business School course focused on digital marketing, and I was well on my way to establishing myself as a leader and marketing expert within the company. I had just hit a huge career milestone,” said Kaiser.

The pandemic caused business at her employer to come to a near halt. As a result of national legislation and city ordinances, which forced the closure of all locations, her employer decided to lay off and furlough a significant percentage of its staff at both the corporate and field level, which directly impacted Allyssa’s newly attained position. “Many co-workers were furloughed, others were asked to take pay cuts,” said Kaiser, a West Village New York City resident. And while digital marketing pros rarely have trouble finding work, Kaiser found that all the jobs she saw advertised as full-time positions turned out to be freelance gigs. “After struggling to find full-time opportunities in the then-turbulent job market, layoffs and furloughs abound, I decided to pursue freelancing and began seeking out contract-based work. In August, Aerosoles recruited me as a consultant for a two-month preliminary contract.”

Kaiser decided to take on the engagement with Aerosoles after she did some administrative work, including investigating what it means to be on an independent contractor and the tax implications. After doing her research, Kaiser decided that freelancing might be perfect for her. “If the work is interesting, you can get good exposure and negotiate a strong rate,” she said. 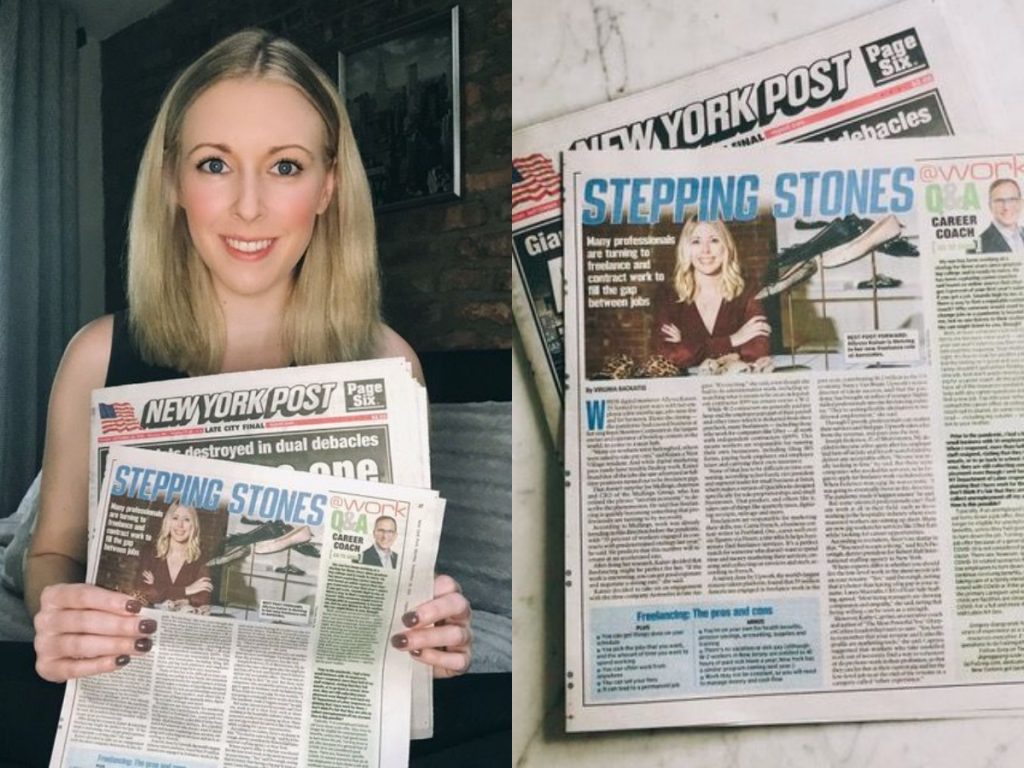 Allyssa Kaiser with a copy of the New York Post including the article written about her.

Allyssa discovered that full-time positions are hard to come by during these challenging economic times. “I noticed the shift to contractual talent earlier this summer when I faced a challenging job market. Although many companies had listed full-time roles that matched my skills and experience, the reality was that the majority of hiring managers I spoke with ultimately did not have the authority to bring on full-time talent,” recalled Kaiser. “As the summer went on, I noticed the same job listings being posted again and again as contract roles – and a flurry of new contract roles had also hit the job boards. It was clear at that point what my next move would be.”

After completing the two-month contract with Aerosoles, Kaiser accepted a full-time position as their Director of Performance Marketing. However, since announcing this career pivot, she has been approached by several potential clients about freelance work in the social and digital marketing space. “I am now privileged to choose my career path forward, whether it be as a full-time employee or freelancer,” she said. “I have gotten a lot of kudos from friends and industry leaders for having been brave enough to go out on my own and essentially start my own business in the middle of a crisis, which was something I had not expected. It certainly takes courage to go the route of freelancing, but the pandemic gave me the window of opportunity. I honestly don’t know if I would have taken this step had there not been the pandemic.”

Portions of this article are excerpted from the New York Post and Authority Magazine.