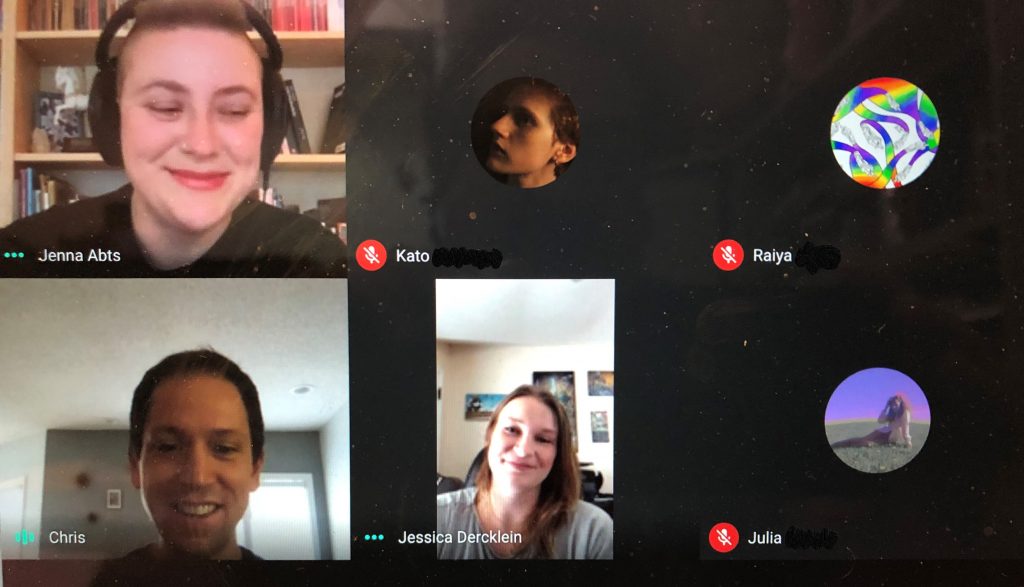 Jenna Abts (Music 2001), Jessica Dercklein (Theater 2004), and Chris DeSalvo (Music 1998) met with Tory Peterson’s Human Centered Design class this fall to speak with current student designers about apps and social media platforms. The alumni used their work experiences to question the students about their thinking and clarify questions for the student design idea.

“It is such a powerful learning tool to have Perpich grads come back and share their life experiences and work. I want to thank these wonderful individuals for their time and continued commitment to the Perpich Arts High School and its students,” said Peterson, Theater Instructor.

Jenna Abts is a Senior UX Designer in the Books division of Amazon. Jessica Dercklein is a UX designer for Best Buy Corporation with end-user employee usability. Chris DeSalvo is a freelance app designer with numerous app designs for gaming, educational, and commercial use.

We asked these alumni about their experience with the students and how their Perpich education helped them on their career path.

Perpich – Why were you interested in responding to Tory’s request to speak with the students?
Jenna Abts – “Being a ‘creative person’ in today’s world translates into so many fascinating and exciting crossroads. When Tory requested some creative tech folx to talk to his class, I jumped on the opportunity because I have a lot of love for this particular intersection of art, creativity, and practical application.”
Jessica Dercklein – “Tory was my theater teacher when I went to Perpich back in 2003-2004 and when he reached out, I was more than happy to speak to his students. I also think that having a class on Human Centered Design is a great idea for art students.”

Perpich – What was it like meeting with the students?
Abts – “We’re in the middle of a pandemic! We’re all struggling to adapt to online learning! We’re also in the middle of some of the most turbulent political and social situations in a very long time. So, I came in with some pretty low expectations – and what I found were very dedicated and focused students. Sure, things were a bit quiet in the chat room at first – but once we started talking about the reasons why the students were passionate about what they were making, we were off and running. Despite everything we’re all living through, these folx were willing to sit down and have their work talked about and critiqued with complete strangers. That’s a big deal. And I know adults that couldn’t cope with that right now, so I was very impressed.”
Dercklein – “It was great! I was so amazed at the passion the students had around their concept and was very impressed at how they asked great questions and had already put a lot of thought into their work.”

Perpich – What are you doing professionally?
Abts – “Since PCAE, I’ve dabbled in a lot of things. I finally settled on Design as the ‘right’ place for me – and I entered the workforce about 14 years ago as a design generalist. I’m now a Senior UX Designer in the Books division of Amazon, and I’ve been working on Kindle digital products for the last seven years. If you read digitally with Amazon Kindle on your phone or an eReader, then you’ve seen my work. One of the projects I’m most proud about launching is Reading Insights – which is a feature that helps avid readers keep track of their reading habits, goals, and more. I’m currently working on a really awesome top secret thing that I can talk more about sometime early next year once it launches. I keep up my illustration work as a side gig, but I did have a chance to utilize it for Kindle’s 10 year brand celebration, and often have a chance to illustrate pieces of UI for the app and brand.”
Dercklein – “I am in User Experience Design. I am a UX Manager at Best Buy.”

Perpich – How did your Perpich experience influence your current career path?
Abts – “I was actually at Perpich as a music kid (’01 grad). Despite choosing an adult career path in the visual arena, Perpich gave me the freedom to be myself at a time when I desperately needed it. The independence I had there was formative. I had to learn how to organize my thoughts, deliver work in a specific way, meet a creative brief… and, at the time – Perpich was way ahead of the digital tools curve. As a music student I fell in love with digital audio creation and mastering. Clearly ‘tech’ has always been an area of interest. I credit Perpich with much of my comfort around digital creative tools. We had access to so much early tech.”
Dercklein – “I graduated from the theater department and so it took me a while to land where I did. However, what drew me to UX design was the storytelling aspect of it. While at Perpich, some of my favorite teachers like Tory, Barbara, TC, and João all brought story telling and empathy to their work and in UX design, you need those skills to be able to make great products.”

Perpich – What else would you like to share with us?
Abts – “Now more than ever I think its important for creative people to know that they can have an impact in whatever arena they choose. Artists have a lot of power in their craft and their voices. Too many forget that there are a whole host of skills that come along with being in the arts that are so valuable in the world. Things like being good at giving critiques. Developing a strong eye and sense of judgement for situations and projects. Being able to adapt. Being specialized in a skill. Or the opposite, being someone who can jump from thing to thing to thing. Artists are also core to community building. And don’t we all need more of that in today’s world?”
Dercklein – “There are lots of ways that art can impact the world and some of them are not always the most obvious or straight forward. Human Centered Design is one of those art paths that you don’t always think of right away when you hear the word ‘artist’, but there is a lot of left and right brain thinking that goes into it and ways to really make an impact on the world around you.”

Illustration by Jenna Abts has been used by Kindle’s social media. Examples are below. Here’s a link to a post using Abts’ illustration. 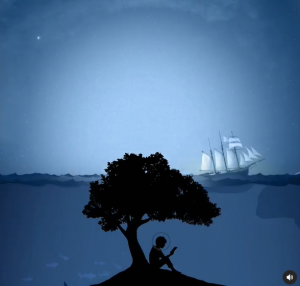 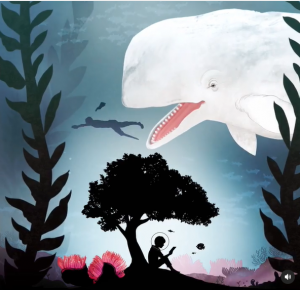 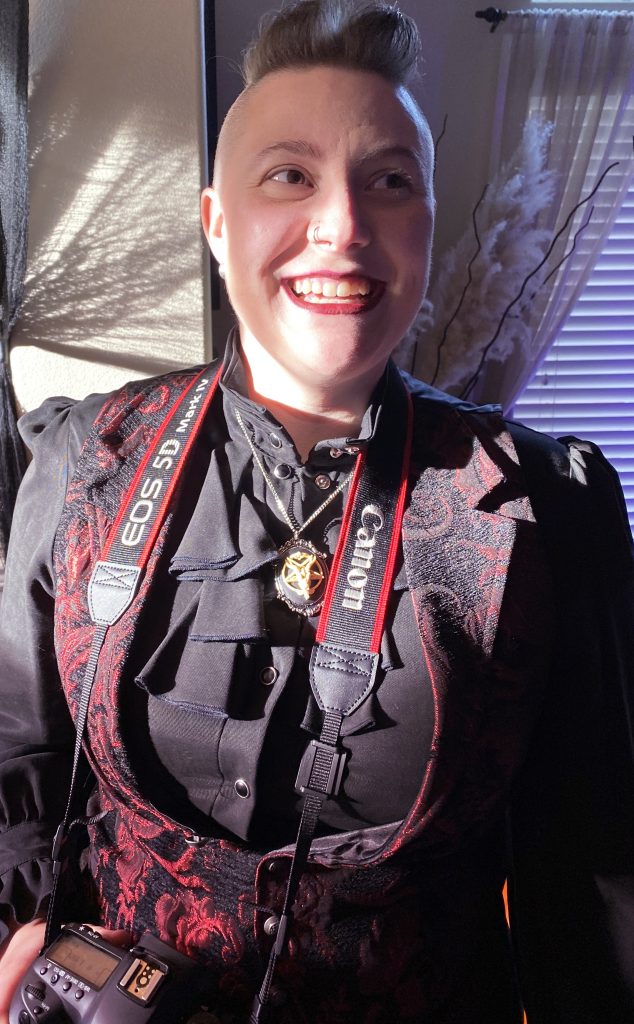 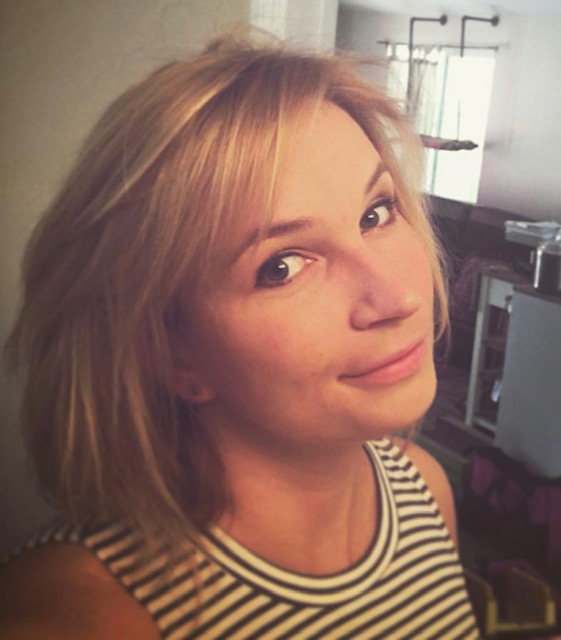