Filmmaker Tasha Hardy (Theater 1992) sees a clear connection between her experience at Perpich Arts High School and her success. As a teenager, Hardy says, “My life was headed for disaster.” With an unstable family situation, she struggled in school and lacked healthy peer relationships. Once she got into Perpich, all of that changed. The supportive, arts-based environment Hardy found at Perpich was something she had been missing at her previous school. “I felt immediately welcomed there by the staff and students … I finally ‘fit in’ somewhere,” she says. 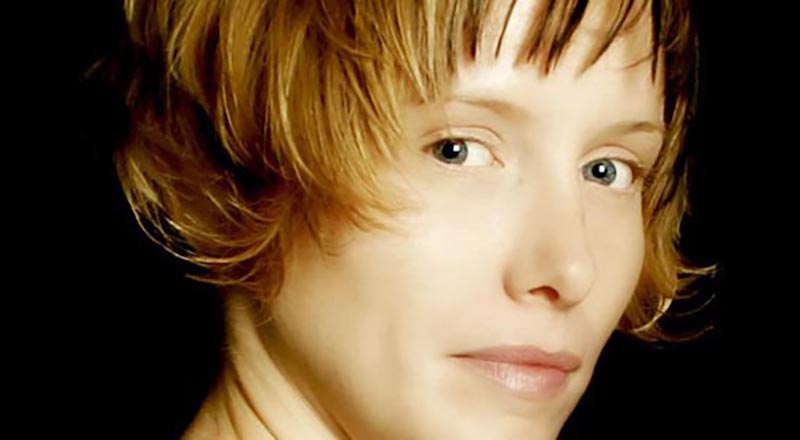 After Perpich, Hardy moved to Hollywood and became a production assistant, going on to later write and produce award-winning pieces such as the Star Trek special “World Enough and Time,” and to land her current job at an Emmy-nominated production company, where she is a writer and producer.

Hardy’s focus on theater at Perpich allowed her to explore the subject in ways she was previously unable. Like many students, she dabbled in theater at her old school but only had the opportunity to act or to be on the production crew, both tasks that Hardy admits did not inspire her, nor did they clue her into her strengths and talents as a theater student. At Perpich, she says, “I had the opportunity do other jobs like stage managing, writing and directing and get one-on-one mentorship and feedback from teachers.”

The chance to try her hand at writing led to “a golden moment” for Hardy. She had written and directed a one-act play, after which a French-speaking teacher relayed the message that “although she didn’t speak English, she could understand what was happening in the play because of the visual action and how well the actors were performing.” Understanding her ability to connect with people in such a way “was the moment I realized that I had found my passion in life,” Hardy says.

Perpich wasn’t just about finding her passion—it also gave Hardy tools to understand how to apply her passion to a career. The mentorships and connection to artistic professionals that Perpich provided furthered Hardy’s interest in filmmaking as a career. Hardy recalls, “I met professionals in the theater and film arts. This showed me that it was possible to be a filmmaker (or any kind of artist) for a living.”

Exploring her interest in theater prompted Hardy to put more energy into her academic classes, while before she was in danger of failing school. She says, “I was able to focus more on theater (as opposed to regular high school), which was inspiring. I wanted to get good grades in my regular studies because my main focus was on something I was passionate about. I had something to aspire to.”

For students today, Hardy has many words of advice: “Listen to feedback and ask for it often….Learn how to market yourself….Trust your intuition….Know your worth.” Above all, she echoes the words of Winston Churchill: “’Never, never, never give up.’”