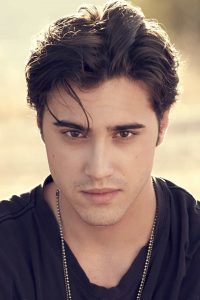 On Monday, April 27, over 100 students and Perpich faculty joined a video call with Ryan McCartan, the son of Conn McCartan. McCartan is currently back in Minnesota after Broadway closed due to COVID-19.

Ryan McCartan currently plays Hans in Frozen. In 2018, Ryan made his Broadway debut as Fiyero in Wicked. Ryan premiered new off-Broadway musicals as JD in Heathers The Musical at the New World Stages and Mac in Scotland, PA at the Roundabout Theater Company. Ryan was thrilled to be a part of The Rocky Horror Picture Show as the lead role of Brad Majors, directed by Kenny Ortega, released on Fox Television. Young audiences know Ryan as Diggie, the love interest to Maddie, on Disney Channel’s Liv & Maddie. Ryan made his solo music debut at Feinstein’s 54 Below, NYC to rave reviews. Ryan McCartan’s music is available on iTunes and most music outlets.

Ryan spoke on many themes related to being creative and taking care of ourselves in a global pandemic, branding, authenticity in the acting business, etc. “The arts are such a personal experience. If you have any hope of creating art in a crisis, you need to take care of yourself. Everyone lost something. In loss, we feel grief. We are in a state of mourning. You either rise above it and see what’s beyond it OR you lean into it and see what’s within it; both of those create art. But it’s unhealthy to think you’re going to be your most creative,” he said.