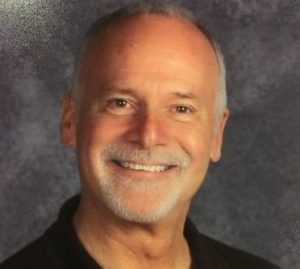 “Receiving this award carries special meaning to me,” said McCartan. “Em Stark was the musical director while I was a student at EPHS, so to receive an award that bears his name, knowing all that he gave to arts programs at EPHS, makes the recognition even more special.”

Presenting the award was Julie Kanthak, Director of Choral Programs at EPHS. “Conn is receiving this award because he, like Em Stark, values and is fully invested and understands the importance of music and art in a child’s education,” said Kanthak. “Conn took concrete action to support performing arts kids and did everything he could to help teachers to build authentic performance opportunities for all kids. Thank you, Conn McCartan, for helping us to build upon the music and theater program Em Stark entrusted to us so many decades ago. Like Em, you support us to grow into the exemplary program we are now. We have been changed by you for your work. We have all been changed for the greater good of our kids.”