We are happy to announce that we have a new member of the Perpich community. Conn McCartan will serve as our interim high school principal for the 19-20 school year. Conn’s start date was 8/5/19. 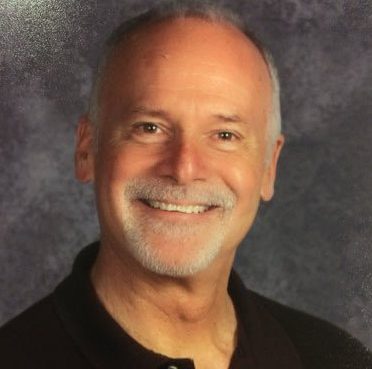 Conn McCartan’s educational career spans 36 years. During that time, he has been a science teacher, a coach, a student council advisor, a dean of students, an assistant principal, and a principal. He has served as the high school principal at Eden Prairie, Maple Grove, and Blaine. The past 14 years of his school career were spent as the principal of his alma mater, Eden Prairie High School. While there, Conn led Eden Prairie through a time of increased academic achievement (as measured by AP performance, National Merit Scholars, and ACT performance), college readiness (producing the highest percentage of graduates enrolling and persisting in college of any Lake Conference School) and co-curricular success (as measured by participation and state/national acclaim). Conn holds a B.S. in Natural Sciences from St. John’s University and an M.A. in Educational Leadership from the University of St. Thomas.

Conn and his wife, Pam, have two children, Alison and Ryan, both of whom are professional actors with film, TV, music, Off-Broadway, and Broadway credits to their names. Conn himself has “tread the boards” on community theater stages in Eden Prairie, Maple Grove, and Minnetonka.

“I am looking forward to serving the Perpich school community and its mission to provide a high quality, arts-focused education,” said McCartan.

Perpich Board Chair, Julie Workman, said, “We welcome Conn McCartan who will be joining the Perpich family as interim principal of the Arts High School for the 2019-2020 school year. Most recently he was the principal of Eden Prairie High School, an Educator Retreat Facilitator, and the Executive Director of the Foundation for Eden Prairie Schools. His skills and experience as an educational leader, cultural influencer, and strategic thinker will be an asset in his role as principal and mentor. As board chair, I extend a hearty welcome to Mr. McCartan!”

Linda Brobeck, Chair of the Board’s HR Committee said, “I’m pleased to announce the appointment of Conn McCartan, as Interim Principal at PCAE. Conn comes to Perpich with an extensive background in administration, having served for 14 years as Principal of Eden Prairie High School, and many years prior, in other important administrative and mentoring roles. Conn is not a stranger to Perpich, having acted as an Educator Retreat Facilitator with Youth Frontiers, where he worked with staff building cultures of honor and purpose. The Board looks forward to working with Conn as we start the new school year!”