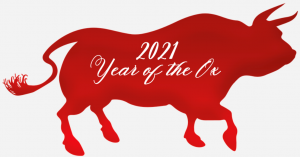 According to the Victoria and Albert Museum in London, “People born in the Year of the Ox are strong, reliable, fair and conscientious, inspiring confidence in others. They are also calm, patient, methodical and can be trusted. Although they say little they can be very opinionated. They believe strongly in themselves, but are also stubborn and hate to fail or be challenged. Although they do not lose their temper easily their anger can become explosive and impulsive. They are serious, quiet and not naturally sociable, which can make them dull. Ox people have a great deal of common sense.” 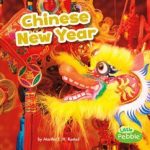 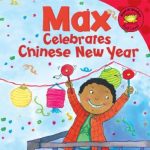 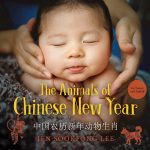 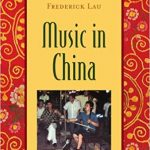 1. Chinese New Year by Lisa J. Amstutz, author
Out with the old and in with the new! It’s time to celebrate Chinese New Year! Clean the house. Have a feast with relatives. Watch fireworks and dragon dances. Make paper lanterns. Chinese New Year, or Spring Festival, is a celebration of new beginnings.

3. The Animals of Chinese New Year by Jen Sookfong Lee, author | Kileasa Che Wan Wong, illustrator
Drawing on the myth of the Chinese zodiac, The Animals of Chinese New Year follows twelve animals as they speed across a river, competing to represent the imminent new year in a race held by the Jade Emperor, the most powerful Chinese god. Each animal competes in its own unique way. The ox works hard, the tiger is brave, the god smiles kindly, but who will win? Bright photographs of babies demonstrating the same traits as the animals in the text, complemented by traditional Chinese graphic elements, accompany Sookfong Lee’s lively text.

4. Music in China: Experiencing Music, Expressing Culture by Frederick Lau, author
Music in China offers a unique exploration of the rich, dynamic, and multifaceted Chinese musical landscape. In contrast with previous scholarship – which focused almost exclusively on the role of music in elite culture – this volume takes a balanced look at a variety of traditional and modern genres, including those performed among local and regional folk musicians, in academia, in the media, and on concert stages both inside and outside of China. Using the interrelated themes of identity, modernization, and ideology as a narrative framework, Lau discusses the musical features of the selected genres, the processes through which they came into existence, and related socio-political issues. 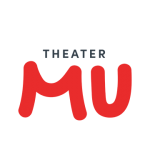 A COMEDY ABOUT LONELINESS IN THE AGE OF CONNECTION
Emily, a 29-year-old would-be writer, retreats home to O’ahu after Manhattan finally gets the best of her. But trading one island for another doesn’t help. When she stumbles into a gig as an actor on a shock-jock radio dating show, she falls for her fake love interest and finds herself strangely determined to turn that fantasy into reality. Told through a playful combination of phone calls, voicemails, and live radio spots, Stanton’s quirky show illustrates life with a thousand friends on Facebook, but no one to talk to on a Saturday night. 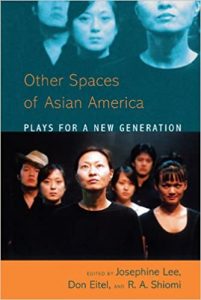 Plays in the anthology that explore and illuminate Chinese and Chinese American history, culture, politics, identity, and stereotypes:

May art bring you good fortune! Celebrate the Year of the Ox, one of the 12 animals of the Chinese zodiac, with virtual performances, interactive activities, and artist-led workshops for all ages presented by the Metropolitan Museum of Art.

Cat and Rat: The Legend of Chinese Zodiac with Ed Young

One of the world’s most comprehensive dance systems, classical Chinese dance boasts a wealth of techniques – roughly categorized into jumps, turns, fanshen, control, and tumbling techniques. Over the years, these techniques have been borrowed by other art forms, and are, surprisingly, more widely recognized by names given from gymnastics or martial arts. But in actuality, these movements all originate from classical Chinese dance.

In the video below, Shen Yun dancers demonstrate select movements that showcase their mastery as they meld technique with artistry.