Nimene Wureh (Theater 2016) is a New York based actor, improviser, and musician.

Nimene Wureh (Theater 2016) is a New York based actor, improviser, and musician. She had her first New York theater experience working as the personal assistant to actress and playwright Jocelyn Bioh on her playwriting debut, School Girls; Or the African Mean Girls Play, directed by TONY winner Rebecca Taichman and produced by MCC Theater. Nimene has since done projects with Lincoln Center Theater, UCB Theater, and the Magnet Theater. 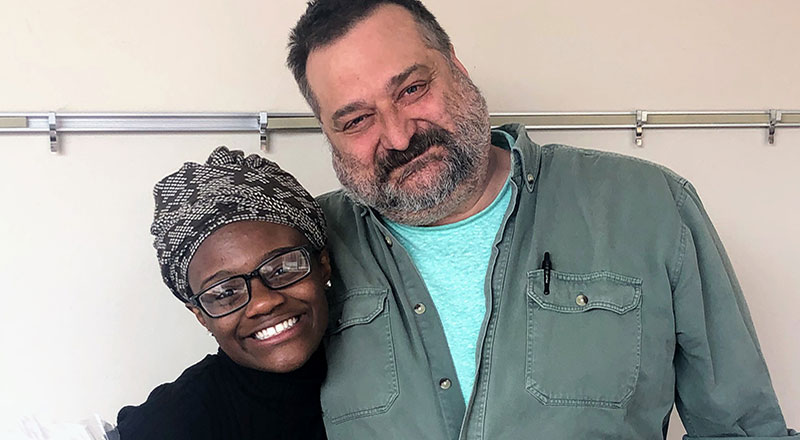 She is a proud member of the Twin Cities’ ONLY all black improv troupe BLACKOUT improv, and an actor on New York sketch team “Electric Mouse”, which performs once a month at the People’s Improv Theater (P.I.T.). Wureh is also a Story Pirate, and travels to schools across America to perform stories written by children that have been developed into musical sketch comedy. Nimene is currently playing the role of Gifty, in School Girls… at the Jungle Theatre. Perpich students attended a performance of the show and got a tour from Wureh afterward. Nimene expects to attend college this fall in New York, studying theater.