Patrick Pulkrabek (Dance 2003) Opens Doors for the Next Generation 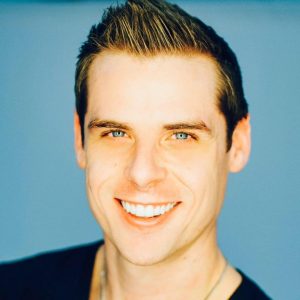 Fans of NBC’s World of Dance recently saw seventeen-year-olds James Ades and Harris Weiskopf dance in front of judges Ne-Yo, Jennifer Lopez, and Derek Hough. What they also saw was the choreography of Patrick Pulkrabek (Dance 2003) represented by his students, James and Harris. We caught up with Patrick to learn more about his exciting summer and how he’s opening doors for the next generation of dancers.

Perpich – We’d love to know about how the ‘World of Dance’ opportunity came to be and what it meant to you to have your students/choreography featured?
Pulkrabek – “I have been teaching at Allegro Performing Arts Academy in Kent, WA for 15 years. I decided to audition a few different groups for season 3 [of the show], and while one of the groups made it almost to end of casting, we did not end up on the show. Casting called me last July and asked if I would have anyone interested in Season 4. I’m not going to lie, I had to contemplate this for a bit. Going into casting, you need to have two different pieces choreographed, and a list of five song/concept ideas to submit. After a lot of thought, I decided I could definitely see James and Harris on the show, so we decided to go forward! They flew to LA in September and had their first audition. It went spectacular! There was a lot of back and forth with casting for a few months, and we found out in early December that they were officially cast! I knew going into the show that they don’t focus on the choreographer, and I am completely okay with this! I am just so excited to take two of my students and open doors for them that a dancer can only dream of!”

Perpich – Can you tell us about your recent promotion?
Pulkrabek – “I was recently promoted to the co-director of our competition team at Allegro. I have always been a big part of our team, but now am even bigger! I do travel quite frequently for work so finding a balance moving forward is going to be the biggest obstacle. I am fortunate enough to travel 2-3 weekends a month to different cities to set choreography at teacher workshop classes. I think with everything going on with COVID I am not the most comfortable traveling right now, so it has come at the perfect time!”

Perpich – What path did your career take after leaving Perpich?
Pulkrabek – “After leaving Perpich, I attended Cornish College of the Arts in Seattle, WA. After I graduated, I danced for Spectrum Dance Theater for four seasons until a foot injury made me decide to retire. I started teaching at Allegro while I was studying at Cornish and when I stopped dancing, I just started teaching more, and more, and more!”

Perpich – Is there anything about your time at Perpich that you’d like to share?
Pulkrabek – “I will always hold my time at Perpich very close to my heart. I owe so much of my passion for dance to Mary [Harding] and Tom [Kanthak]! I am so grateful for all they have taught me, the love they have provided, and their incredible mentorship.”

Patrick grew up in Hutchinson where he studied Ballet and Jazz. He graduated from Perpich in 2003 and went on to Cornish College of the Arts where he received his BFA in Dance in 2007. Patrick has taught at Allegro Performing Arts Academy in Kent, WA since 2005. During that time he has taught, jazz, lyrical, contemporary, ballet, and pointe to the studio’s students and has choreographed solo, duo/trios, and groups in styles ranging from musical theater to contemporary ballet for Allegro’s competitive team. Pulkrabek is co-director of Allegro Precision Dance Company & ballet department chair. Patrick’s goal with each child is to empower them to reach goals and places they never believed they could.

Patrick joined Spectrum Dance Theater under artistic director Donald Byrd as a company member in early 2008 until 2012. During this time, he performed many lead roles from the choreography of Martha Graham, Merce Cunningham, Gus Solomon Jr., and Donald Byrd. Additionally, with Ballet Northwest in Olympia, Patrick performed in many full length ballets including the Nutcracker as the Nutcracker Prince, Swan Lake as Prince Siegfried, and Franz in Coppelia. Patrick also worked with the 5th Avenue Theatre in Seattle and was featured as “Dream Curly” in California Music Theater’s revival of Oklahoma! where he sang and had a speaking role!

Patrick is currently on staff for Kids Artistic Revue Dance Convention (KAR). He is a favorite judge at their competitions and is part of their convention faculty. He travels in his spare time to many studios in the US and Canada to spread his love of teaching and dance.

Patrick’s choreography has won many awards regionally and nationally including the KAR “Choreographer of the Year” in 2015 and, in 2016, Choreography awards both at Starpower and at Velocity’s Nationals.

Patrick’s love and passion for dance is infectious and he loves sharing his passion and knowledge with everyone he meets. 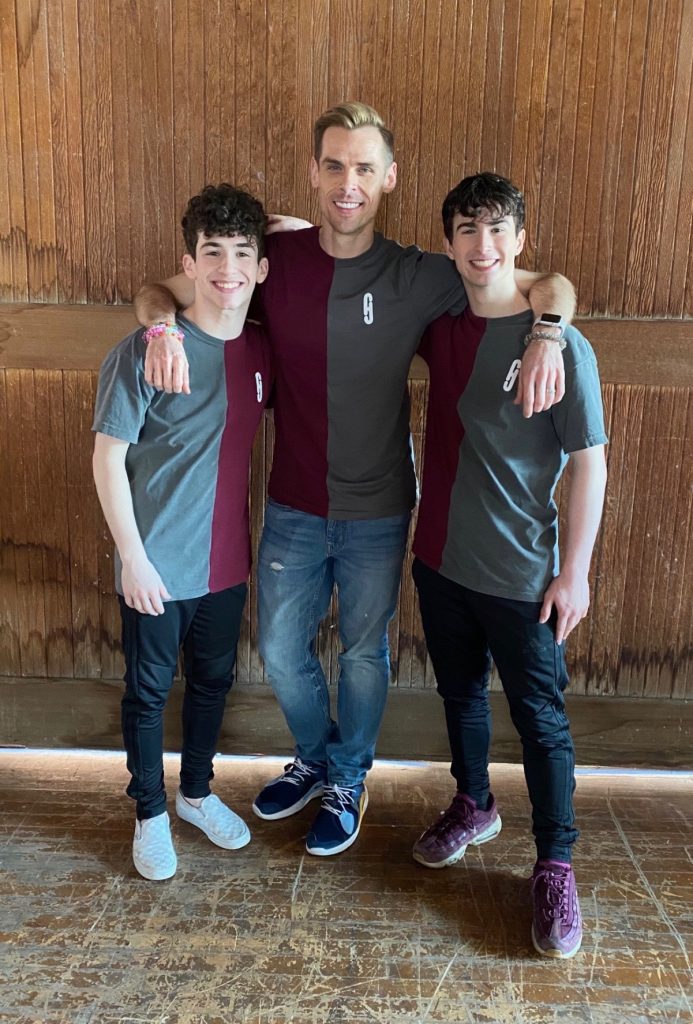 About James and Harris

Dancing together since 2015, James and Harris are contemporary dancers and best friends. Growing up as male dancers, James and Harris have had moments that left them feeling lost, but the bond these two boys formed through dance is steadfast, keeping them balanced as they navigate teenage life and high school alongside one another. James and Harris are proud of how far they have come and hope to inspire as many people as they can through their love of dance.

The two competed on the fourth season of NBC’s dance competition World of Dance in 2020. They made it through to the Duels Round. In their thank you post on Instagram, they gave a special shoutout to Patrick Pulkrabek, Perpich alum. “Saving the best for last, thank you @patrickpulkrabek for your fearless leadership, endless patience and never ending support! We loved being on this journey with you! Thank you!” jamesandharris

NBC’s hit dance competition series World of Dance, back for its fourth season, was once again led by a judging panel of extraordinary dance superstars – Jennifer Lopez (who also serves as an executive producer), Derek Hough, and NE-YO. Scott Evans returns as host.

The series, from Universal Television Alternative Studio and Nuyorican Productions, gives dancers the platform to showcase their talents for the opportunity to receive a life-altering grand prize of $1 million and the title of best dancer in the world. 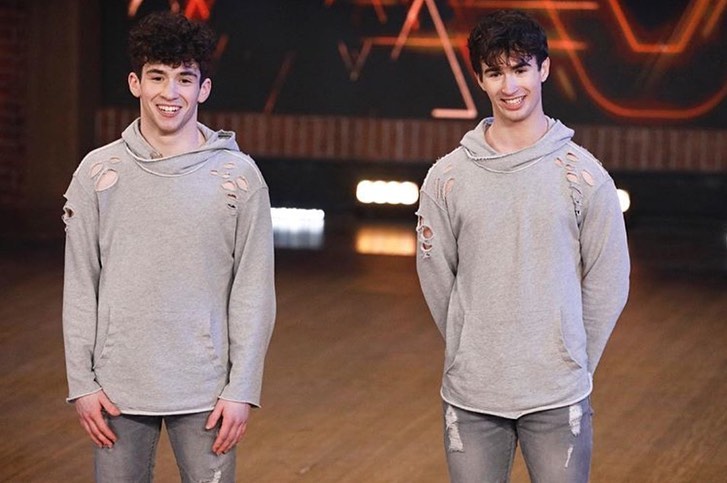 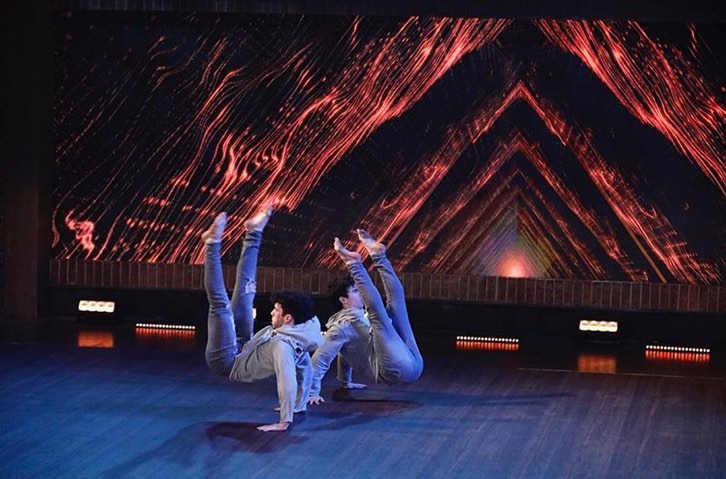 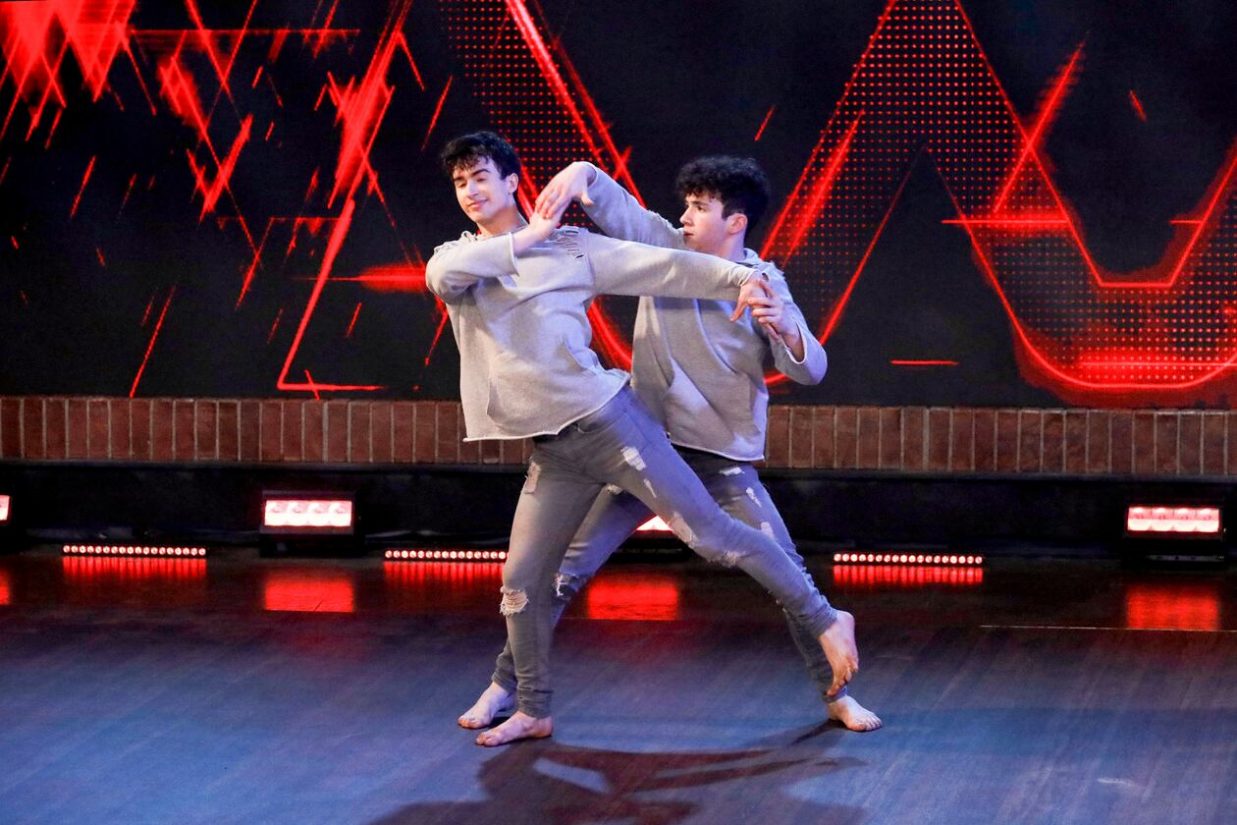 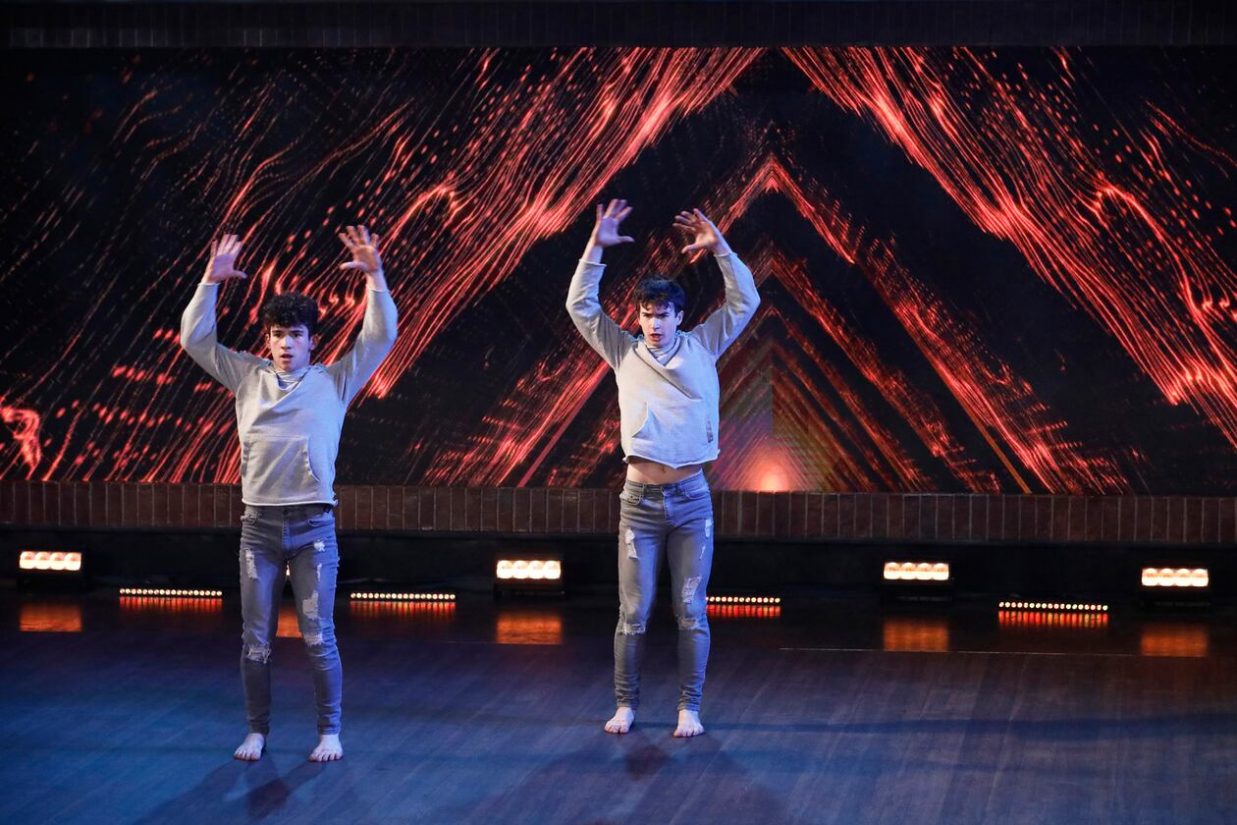 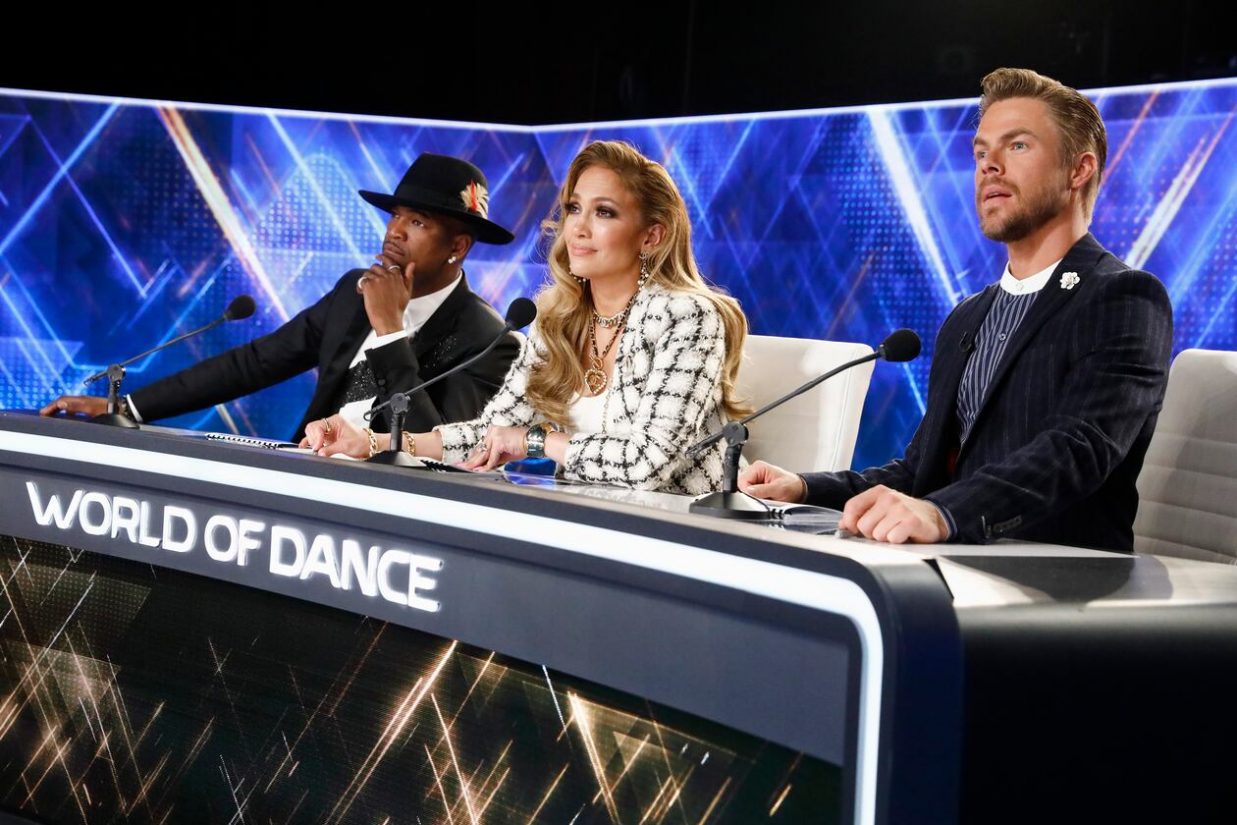 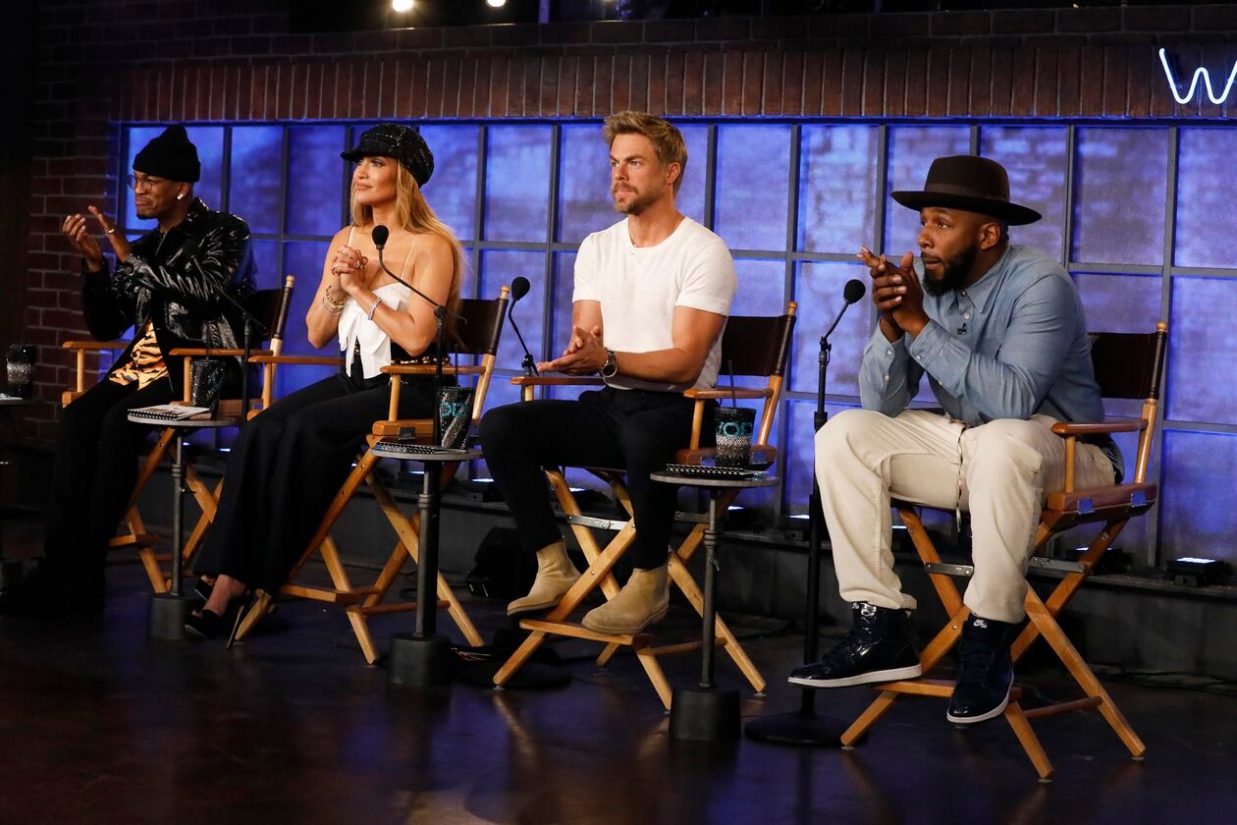 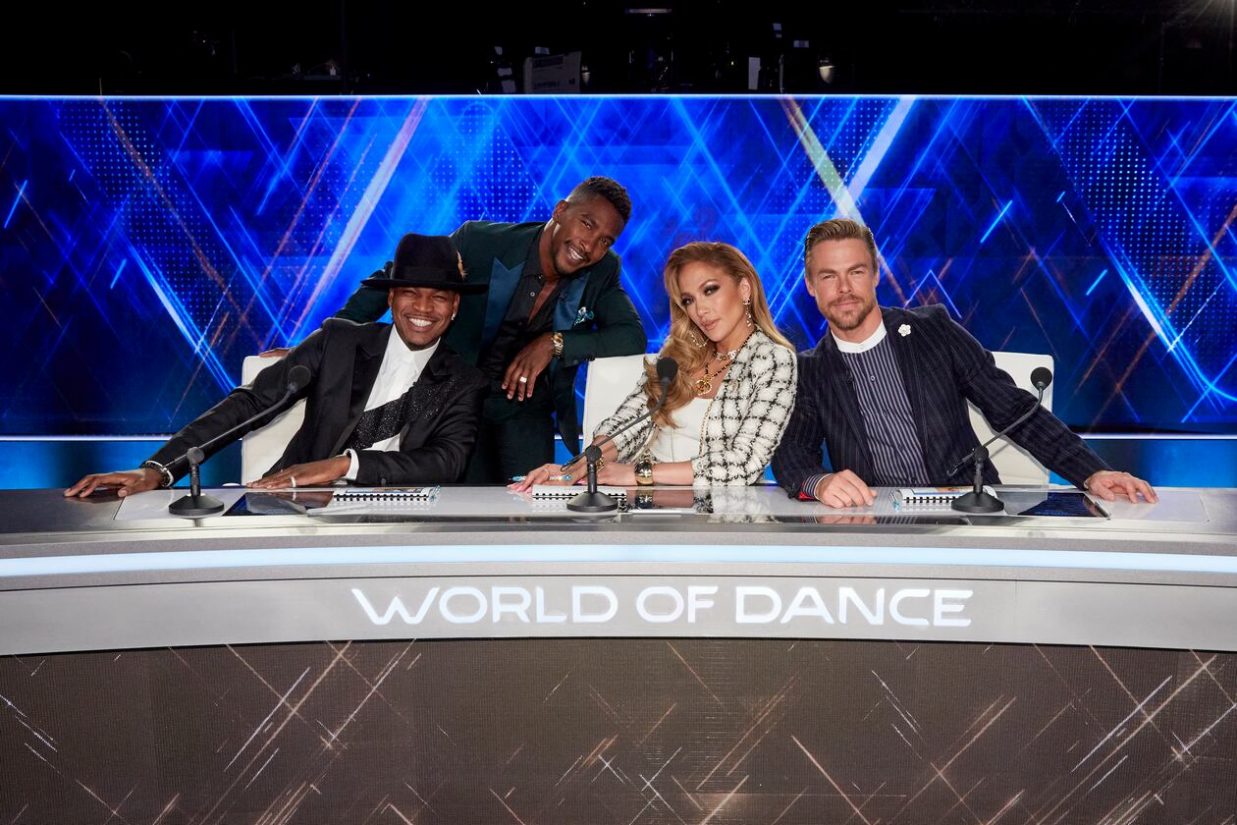