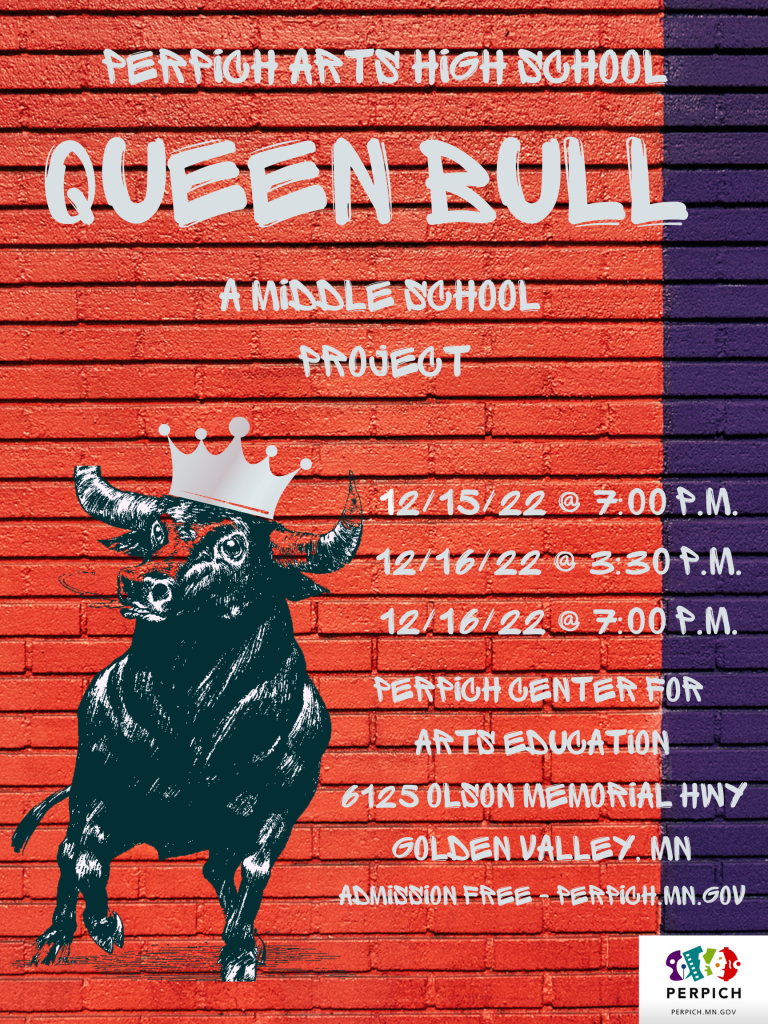 Using middle school interviews, found elements on Quora, text and study of Eugene Ionesco’s play “Rhinoceros”, along with the tween/teen archetypes defined in psychologist Rosalind Wiseman’s book “Queen Bee and Wannabes”, Perpich theater students devised a verbatim play about the ongoing difficulties of responding to the middle school world where bullies seem to reign. The vignettes were funny, hard, difficult, and heartwarming. Special thanks to Franklin Middle School, Anwatin Middle School, and Chaska West Middle School for their participation in the student interview process.

The juniors and seniors in the Perpich Theater department visited Franklin Middle School, Anwatin Middle School, and Chaska West Middle School to interview 6th and 7th graders about bullying and cliques. The visits were part of their semester project, which culminated in the presentation of “Queen Bull”.

Perpich students used the interviews from 6th and 7th graders to write their original piece. They “will look through their interviews and others’ interviews and pull out themes they like and ideas that have captured their attention,” said Tory Peterson, Theater Instructor, in September. “That’s when we will start looking at how we break up the monologues into multi-characters or decide if it works as a monologue.”

The project is based on the ideas from “Rhinoceros”, a play by Eugène Ionesco, written in 1959. It explored the themes of conformity, culture, fascism, responsibility, logic, mass movements, mob mentality, philosophy, and morality. Theater students took the stories of modern-day bullying in middle school and layered them over the themes in Ionesco’s piece. Woven into the performance was public service announcements, puppetry, and masks. 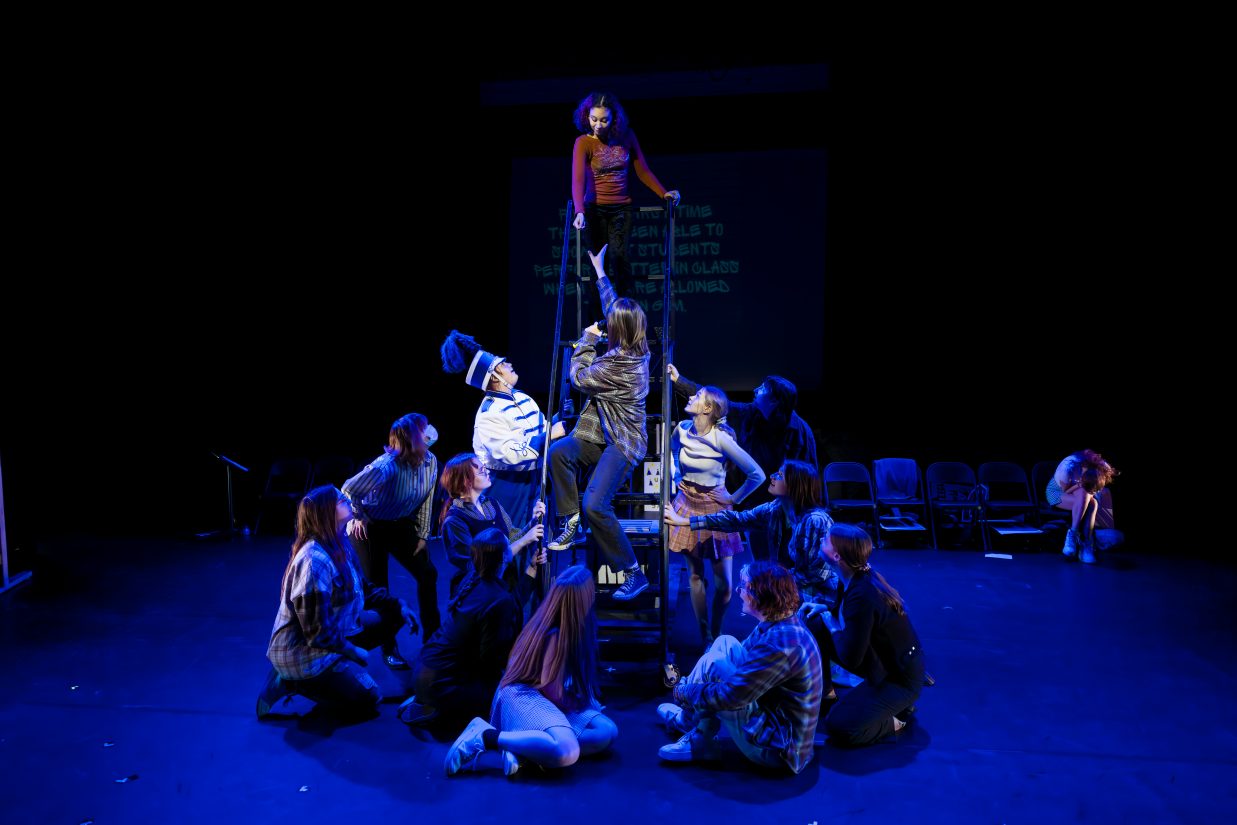 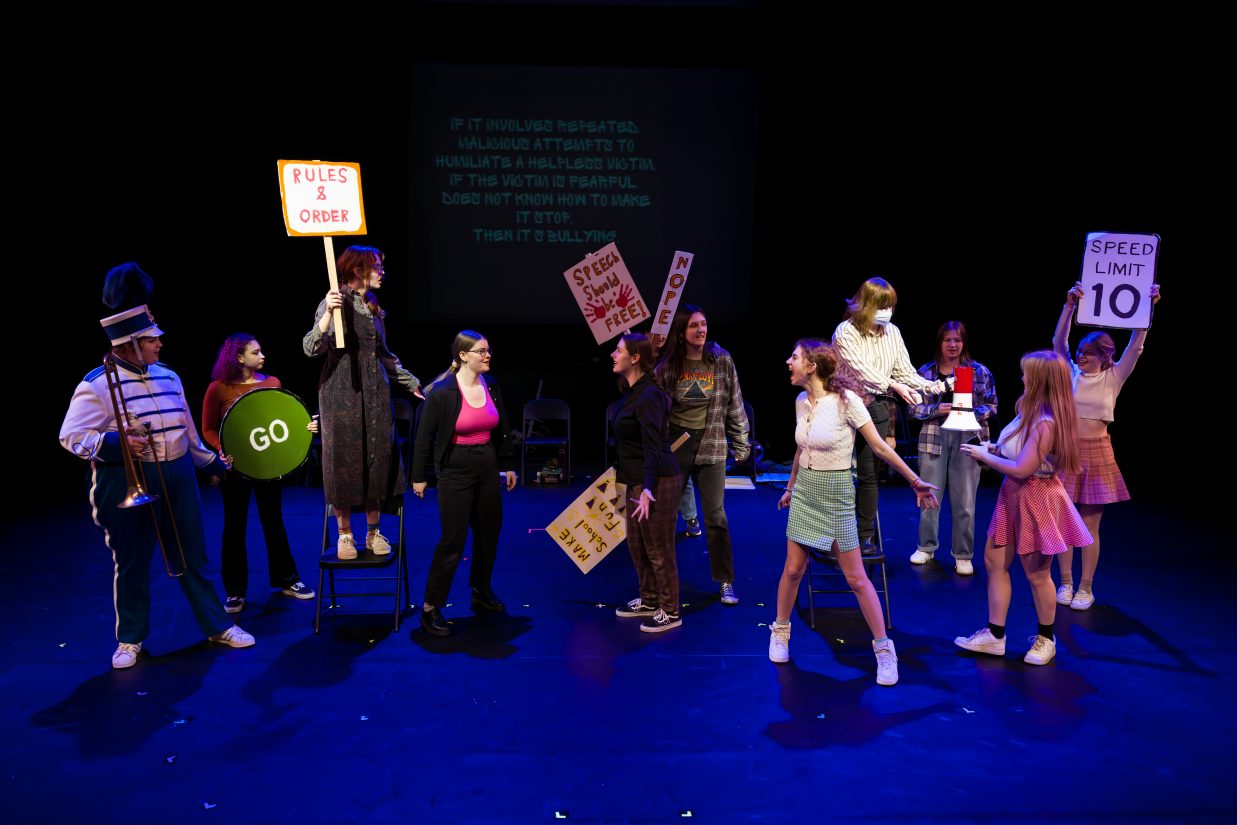 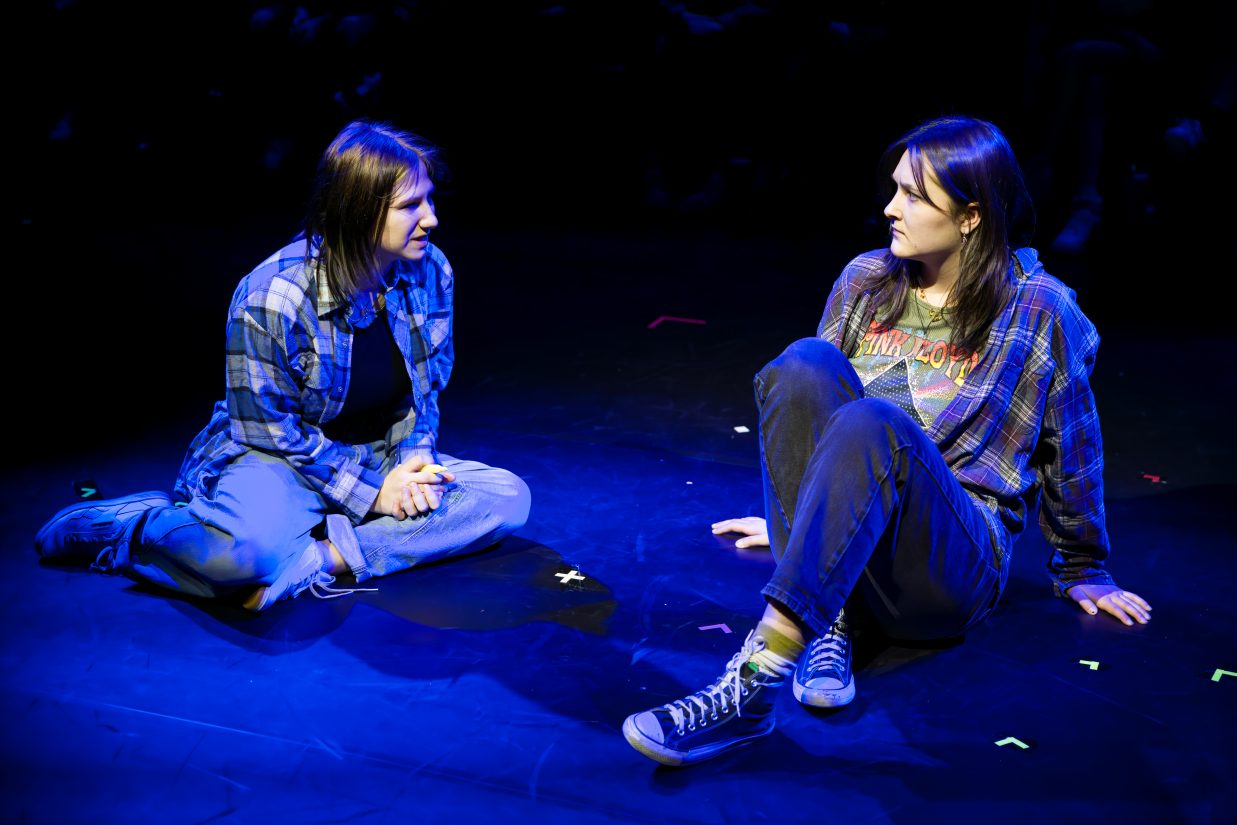 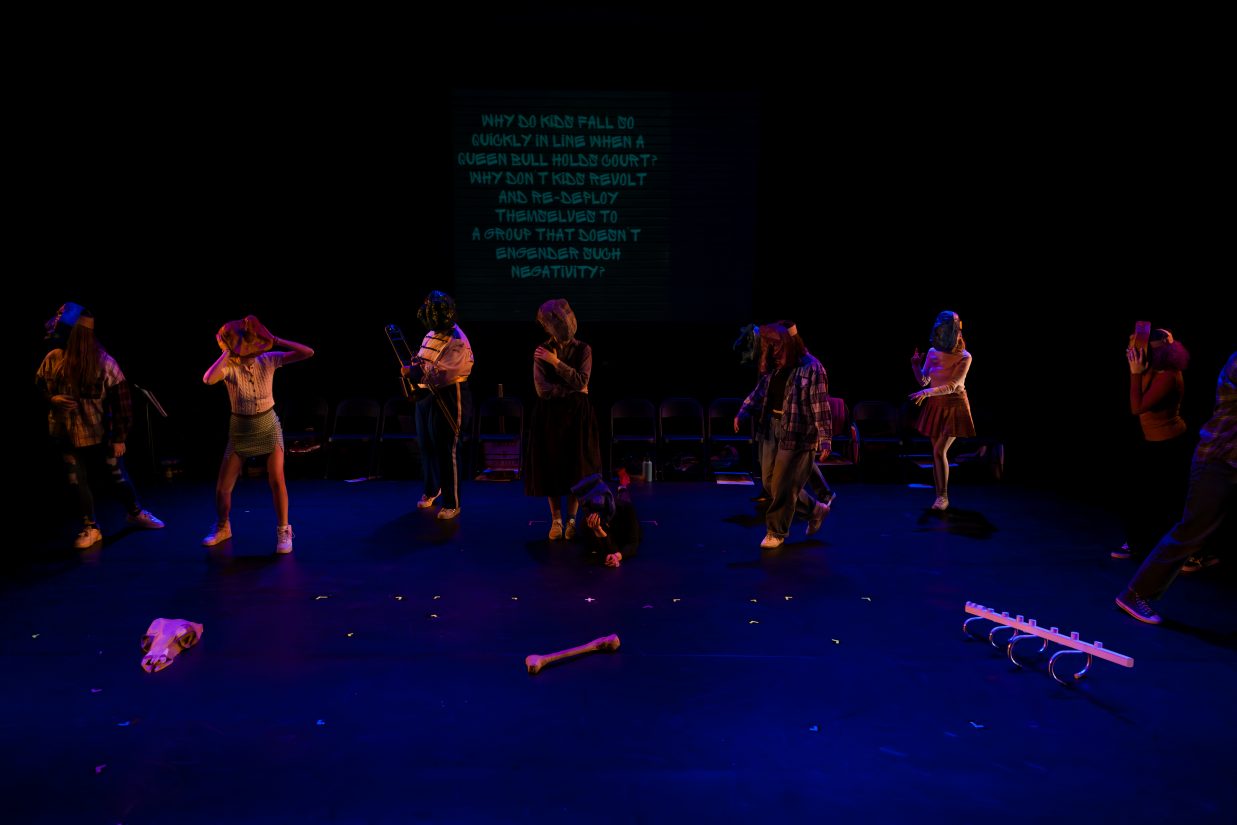