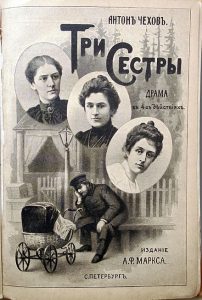 In a chatroom in a provincial town, three sisters wait…
The clock strikes. A flashlight is lit.
The clock breaks. The town catches fire.
The Covid strikes. A gun is fired.
They dream of Moscow.

Perform – The student’s work, in its final form, shows confident and consistent attention to style and genre.

Create – The student engages in the process of making theater.

The semester consisted of a variety of experiential projects and tasks such as: adapting Chekhov short stories for the radio, performing radio plays, open scene work, scene work, Stanislavsky methods of playing action, and stasis.

ACT ONE Inside the chatrooms of various characters from a provincial Russian town. It is midday; outside, it is bright and sunny. In Irina’s room, we see gifts and presents. Olga, in the school dress for a teacher, is continually correcting exercise books. Masha sits with her hat on her knees and reads a book. Irina, in a white dress, is dancing and singing.

ACT TWO The scene is the same as in the first act. It is a year later, Andrey and Natasha are married with a child. It is eight in the evening. Outside in the street, barely audibly, someone is playing an accordion.

ACT THREE A year later, a fire breaks out in the town, it is between two and three in the morning. Sirens are sounding, power outages. It is evident that no one has been to bed so far tonight. The sisters and friends convene on cell phones during a night of trying to help the victims.

ACT FOUR A little more than a year later, various members of the Prozorov household and their friends are in the chatroom. It is eleven in the morning. They are saying their farewells to friends who are leaving for sites unknown.

Congratulations to all the artists and to their instructor for a great performance! 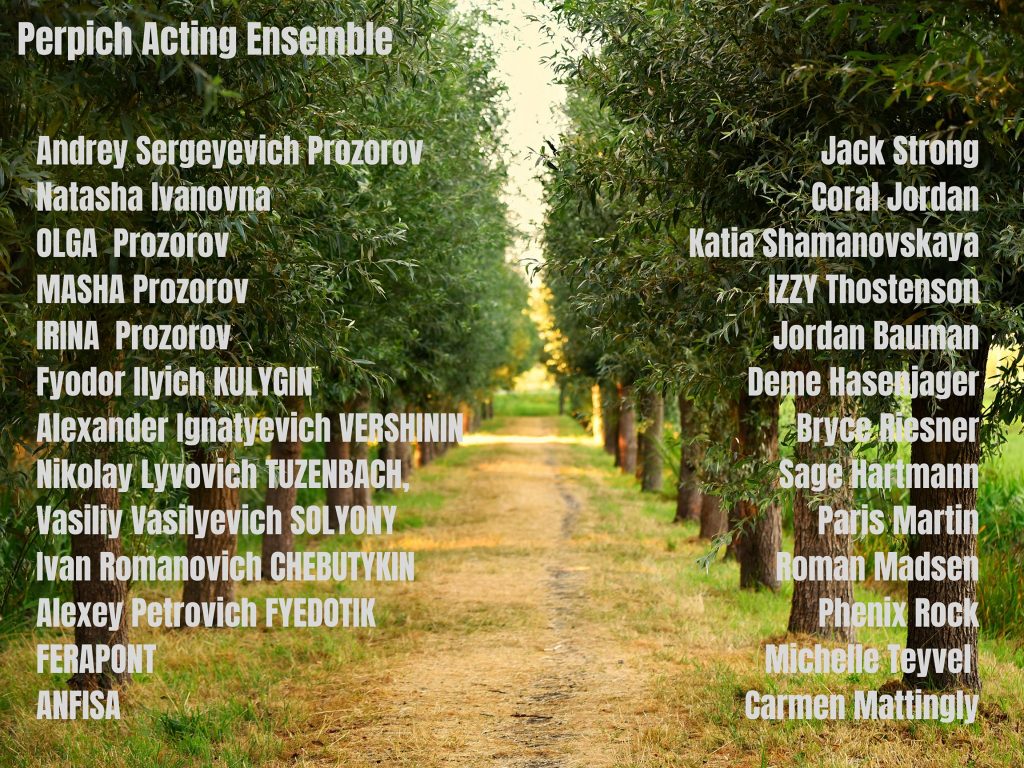