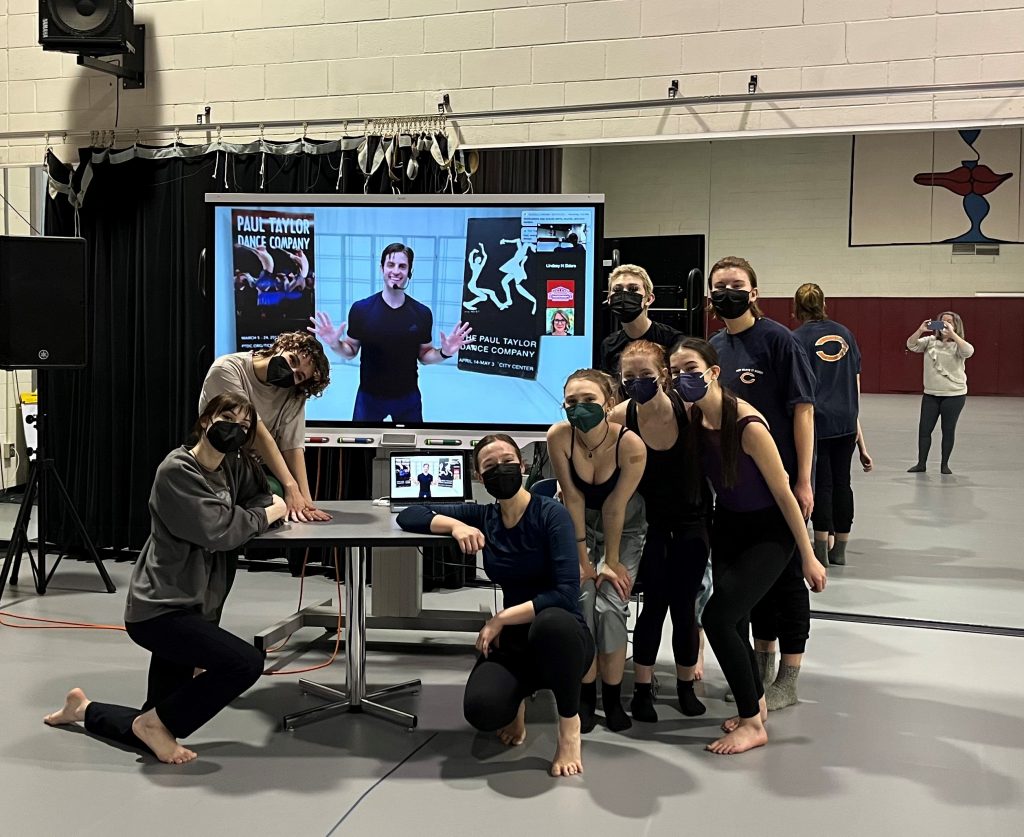 When a dance company performs at Northrop Auditorium at the University of Minnesota, typically only the ones performing a school matinee will offer to host a dance class for schools, and some don’t even offer that. However, when the legendary Paul Taylor Dance Company was scheduled to perform a public performance at Northrop in February, they offered to host a virtual school dance class for students at Perpich Arts High School.

On Wednesday, January 19, 2022, the Perpich dancers took a Zoom class with Michael Apuzzo, a member of the company and instructor from the Paul Taylor Dance Company. This class was offered through the Northrop Auditorium Dance Series at the University of Minnesota. The students explored the technique and legacy of Paul Taylor for the week prior to the special class. The use of Zoom allowed them to have this opportunity, taking the class while Apuzzo was still in New York. “The dance students were magnificent,” said Mary Harding, Dance Instructor. “We are grateful to Northrop and the Paul Taylor Company for this great experience.”

In the post class reflection, students agreed they felt very well prepared for the workshop. Initially, they were nervous to take another Zoom class, which can be a challenging medium for dance, but Apuzzo did a great job. The dancers were thrilled to have the opportunity to expand on previous knowledge of the Paul Taylor Dance Company and to learn from an experienced dancer in the company. 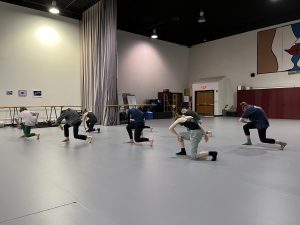 One of the most famous and dynamic modern dance ensembles, the Paul Taylor Dance Company serves as the premiere institution for American modern dance. Dancemaker Paul Taylor (1930-2018) first presented his choreography with five other dancers in Manhattan on May 30, 1954. That modest performance marked the beginning of a profound, uninterrupted creative output that shaped the future of American modern dance and continues to this day.

Since those early days, Paul Taylor Dance Company has traveled the globe many times over, bringing Mr. Taylor’s astounding repertoire to theaters and venues of every size and description in cultural capitals, on college campuses, and in rural communities – often to places modern dance had never been seen before. Since its first European tour in 1960, the Paul Taylor Dance Company has performed in more than 520 cities in 64 countries, representing the United States at arts festivals in more than 40 countries and touring extensively under the sponsorship of the U.S. Department of State. Dedicated to sharing modern dance with the broadest possible audience, the Company tours annually, both domestic and internationally, with performances, educational programs, and engagement offerings that continue to grow their reputation as one of America’s leading dance ensembles.

The Paul Taylor Dance Company will perform on the Carlson Family Stage at Northrop Auditorium on February 12, 2022. 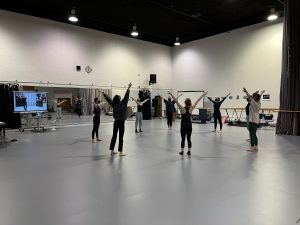 Michael Apuzzo grew up in North Haven, Connecticut. He studied Economics and Theater at Yale University, graduating Magna Cum Laude in 2005. Growing up in musical theater, he began his formal dance training in high school, then danced and choreographed in undergraduate companies. After being dance captain for an original production of Miss Julie choreographed by Peter Pucci, Mr. Apuzzo debuted professionally at the Yale Repertory Theater. He has since performed in numerous musicals at equity theaters across the country and in the National Tour of Twyla Tharp’s Broadway show, Movin’ Out. He is a second-degree black belt in Tae Kwon Do, author of Flying Through Yellow, certified personal trainer, and co-producer of the new Hamptons charity event Dancers For Good. He joined Paul Taylor Dance Company in Fall 2008.