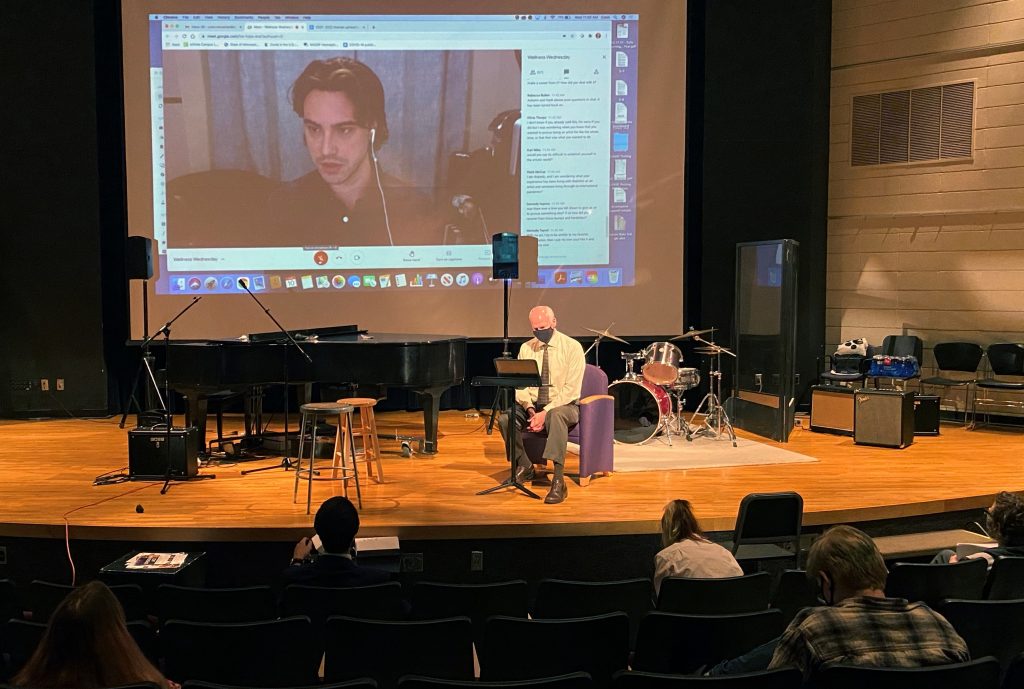 Actor and musician, Ryan McCartan, spoke to Perpich students on March 10th as part of the school’s “Wellness Wednesdays” program. He spoke to the students about the intersection of mental health, well-being, and the arts. A recurring theme in his comments was the importance of self-care in order to be able to create. He distinguished between “self-full-ness” and “selfishness” saying, “The energy to create comes from a place of your own cup overflowing. You have to keep filling that cup to have something to give.”

“Wellness Wednesdays” have been put in place at Perpich to help students manage their mental health and the workload associated with distance and hybrid learning. By providing intentional time for students to catch up with school work, seek individual help from teachers, and learn about and practice self-care, the school hopes to support student success and well-being.

Ryan McCartan’s most recent acting work was playing Hans in Broadway’s production of Frozen. In 2018, Ryan made his Broadway debut as Fiyero in Wicked. Ryan premiered new off-Broadway musicals as JD in Heathers The Musical at the New World Stages and Mac in Scotland, PA at the Roundabout Theater Company. Ryan was thrilled to be a part of The Rocky Horror Picture Show as the lead role of Brad Majors, directed by Kenny Ortega, released on Fox Television. Young audiences know Ryan as Diggie, the love interest to Maddie, on Disney Channel’s Liv & Maddie. Ryan made his solo music debut at Feinstein’s 54 Below, NYC to rave reviews. His music career includes writing, producing, and promoting his own music. Ryan McCartan’s music is available on iTunes and most music outlets. He is the son of Principal Conn McCartan.