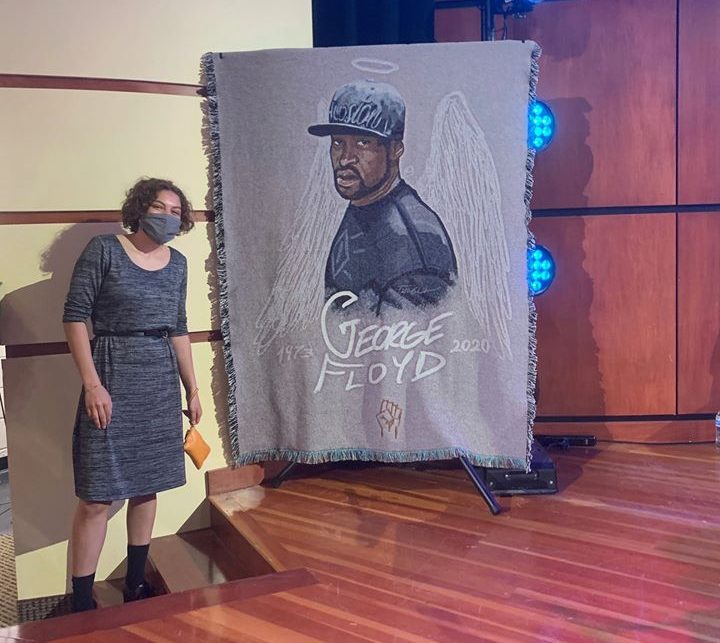 Faith Blackstone (Visual Arts 2021) created two pieces of tribute art for George Floyd, the man killed by Minneapolis police officers during an arrest in late May, 2020. The portrait she designed of George Floyd bearing wings of an angel was center stage at Floyd’s Houston Funeral. It was also on display, seen around the world, during the North Carolina and Minneapolis memorials. Faith recently launched an online shop where she is merging her social justice advocacy with her art to stand up and speak out. She is donating a portion of her proceeds from the George Floyd tribute art to the GoFundMe set up for George Floyd’s family.

Faith Blackstone’s artist statement: “When I created this digital painting, I was laser focused on finishing it. When I first heard about the death of George Floyd, I was feeling anger and grief. But I also felt hopeless. I knew that police murders of people of color always got excused and slid under the rug. I know what it’s like to be the victim of racial injustice and I wasn’t going to let this be slid under the rug. For me, making this piece was my emotional outlet to be involved in the protests and marches happening in the city. The reference picture I found was different from the selfie of George Floyd that was circling around. It was a picture of George in a Houston hat in a car with his daughter, Gianna Floyd. This picture immediately touched me because I couldn’t stop thinking about how his daughter might feel. I knew she must feel confused, wonder, and hurt. She only knew that her daddy couldn’t breathe and that his name and picture were everywhere on TV. I know how much a father figure means in a little girl’s life, and I didn’t want another little girl to have to grow up without her father. I couldn’t bring him back to her, but I could create a piece that she’d remember. I decided to add angel wings and a halo around him because I thought it’d appear softer and be easier for Gianna to understand as she looked at my piece. He was a man – No, a father, son, brother, and uncle who died under the knee of a murderer in a blue uniform…begging for his mama. The wings and halo of an angel represent the FACT that Gianna knew her father to be a caring, innocent man who is no longer here to teach her not to go out too late at night, how to slow dance, or walk her down the aisle. Not a thug like these clowns mocking his death call him so disrespectfully. No matter what George did, he was a victim of POLICE BRUTALITY. He is now a symbol of justice, movement, and unity. This piece is now a blanket that Gianna can wrap around her at night and feel her daddy’s arms around her even when he’s gone. I couldn’t bring him back to her, but I could give her back her daddy’s embrace. And that’s exactly what I was called to do.” 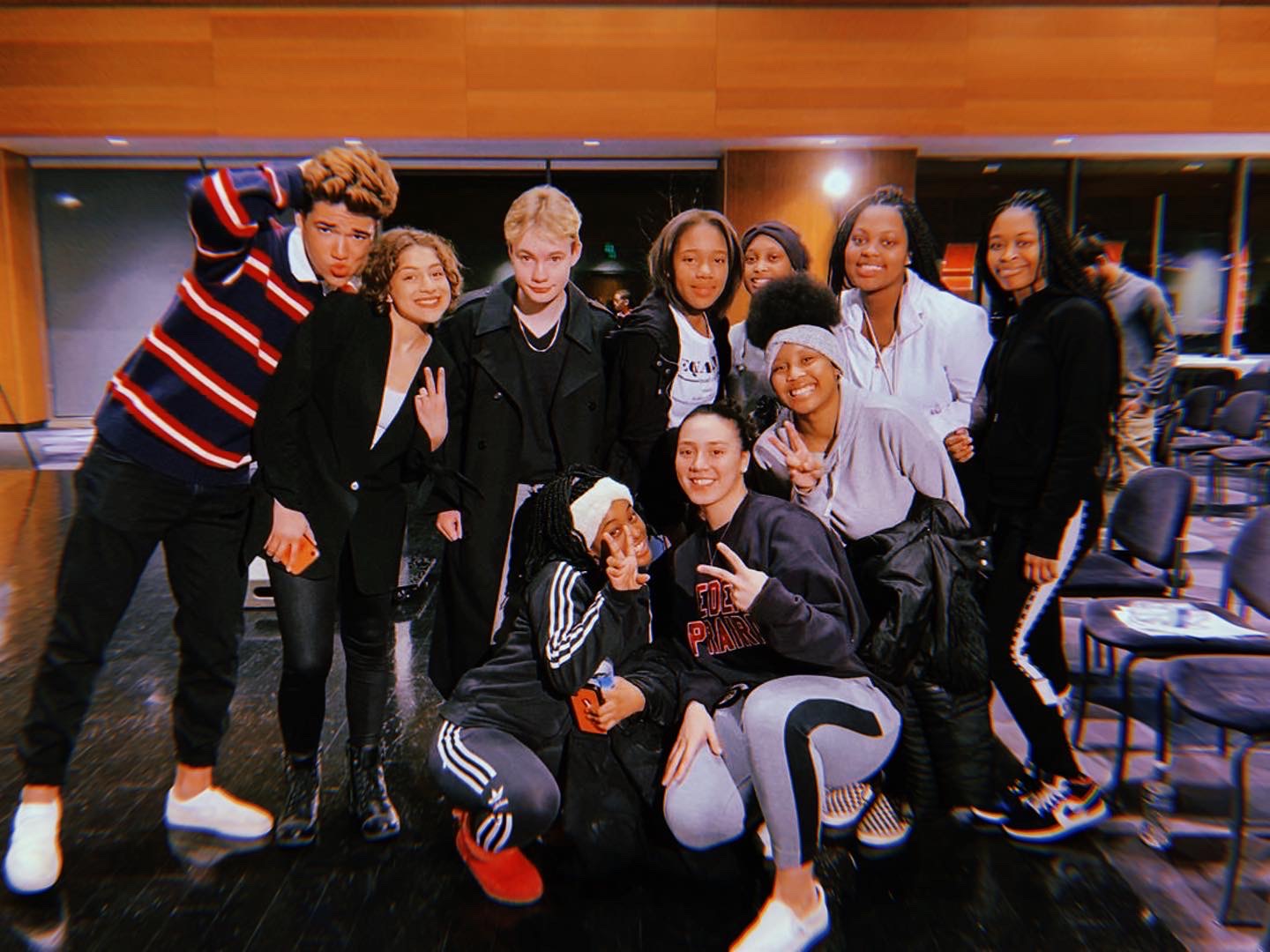