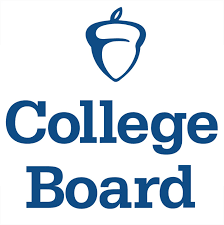 The College Board National Recognition Programs create pathways to college for underrepresented students by awarding them academic honors and connecting them with universities across the country. These academic honors can be included on college and scholarship applications.

Carol Syvertsen, School Counselor, said, “It is so wonderful when excellent students are acknowledged. Both of these young people are exemplary humans who I have loved getting to know since they joined the Perpich community. Their intelligence and diligence are now nationally recognized!”

Croyle Johnson said, “I’m proud of myself for continuing my academic rigor through the pandemic, and I hope that this year’s juniors put in their all.”

The students earned this recognition because of their academic achievements in school and outstanding performance on the PSAT/NMSQT®, PSAT™ 10, and/or AP® Exams. “They’ve accomplished these milestones during an immensely demanding period of their high school career. We couldn’t be more delighted to share this great news.” said The College Board.