Governor Tim Walz and Lieutenant Governor Peggy Flanagan today announced an appointment to the Board of Directors for Perpich Center for Arts Education. Molly Chase joins the Board as of September 28, 2020.

Drawn to Minnesota’s rich arts culture, Molly Chase moved to the Twin Cities in 2011 and transitioned her career from corporate management to nonprofit arts management.

During her four-year tenure as managing director of Springboard for the Arts in St. Paul, Molly directly assisted artists and arts organizations in advancing their goals, as well as oversaw stewardship of $1.2M on behalf of 235 fiscally sponsored arts organizations. Additionally, Molly served as managing director of HUGE Improv Theater for seven years, during which time she grew the organization’s annual budget more than threefold.

In her current work as an independent consultant, Molly takes a practical and engaging approach to goal setting, project evaluation, and process improvements.

Molly is also an improviser and podcaster who directs and teaches improv. Early in her career, she produced independent film, including a documentary that profiled best practices in public middle school education.

The Board of Directors for Perpich Center for Arts Education manages the Perpich Center agency. The Board consists of 16 members, including the Commissioner of the Minnesota Department of Education or the Commissioner’s designee, and 15 members appointed by the Governor with the advice and consent of the Senate. At least one member must be appointed from each congressional district, and no member may serve for more than two consecutive terms. 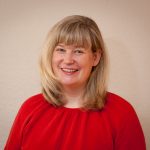