Governor Tim Walz and Lieutenant Governor Peggy Flanagan today announced an appointment to the Board of the Perpich Center for Arts Education. Paul Hustoles joins the Board as of July 22, 2020.

Paul J. Hustoles celebrated his last year as Chair of the Department of Theatre and Dance at Minnesota State University, Mankato in 2020 where he has also been Artistic Director of Highland Summer Theatre since 1985. Paul received his MA from the University of Michigan and his Ph.D. from Texas Tech University. He just completed directing his 235th show (The Curious Incident of the Dog in the Night-Time), having produced over 625 shows. Paul is the proud recipient of the Kennedy Center American College Theater Festival Gold Medallion of Excellence Award and, in 2012, was named a Distinguished Faculty Scholar of Minnesota State Mankato. His beloved wife is Mary Jo and he has two children and two grandchildren.

The Board of Perpich Center for Arts Education manages the Perpich Center agency. The Board consists of 16 members, including the Commissioner of the Minnesota Department of Education or the Commissioner’s designee, and 15 members appointed by the Governor with the advice and consent of the Senate. At least one member must be appointed from each congressional district, and no member may serve for more than two consecutive terms. 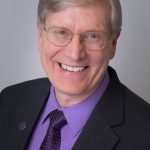