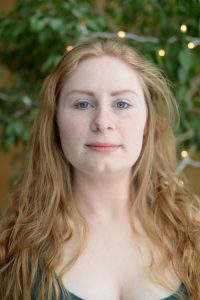 On July 3rd, Audrey Beyer (Music 2015) co-hosted on Classical Minnesota Public Radio‘s “Project DJ.” Beyer graduated from the University of Minnesota – Duluth in 2019 with a BA in Music and Voice. We caught up with Audrey to talk about her experience.

Perpich – What was it like co-hosting?
Beyer – “It was so fun! I had so much anticipation leading up to it. I listen to MPR every morning, so to actually be on air and announce some of the pieces was awesome! The people at MPR are super easy to talk to as well, so it was very conversational and casual. I loved talking about the music and about my experiences as an artist. I’m very passionate about music, so getting to be part of something that a lot of people are listening to and sharing that passion with other people is something I’ll remember forever!

Being part of Project DJ during this pandemic is very memorable too. I was originally supposed to be on air in March, but then it was pushed to April, and then to June, but eventually we got it figured out. MPR sent me a mic to use with my laptop, and after an initial interview and a few tests, we were live on air! It was so cool to know that an audience was listening in real time to the show, even though I was sitting at home!”

Perpich – How did this opportunity happen and would you be interested in doing it again?
Beyer – “I learned about Project DJ by listening to MPR. I was driving to visit my parents in Moose Lake when I heard the show. Steve Staruch announced how to apply to be a co-host. And I did just that. I went to their website, applied, and two days later, I was set to be on the show! This was back in February, so the wait was long, but totally worth it! I would definitely want to do this again. Or something else like it. I love putting myself out there and being seen; it must be the extrovert in me! I want to encourage other music students to try it too! It’s great exposure, you get to learn about some awesome pieces of music, and get to meet some really cool people that love music too!”

Perpich – What was your experience like at Perpich?
Beyer – “Some of my best memories are from Perpich. Every chance I get, I tell people about it. I made unbreakable bonds with the people I met there, and I know that all of them are doing incredible things in our communities through art and their passions. What I think I loved the most about Perpich was the freedom you had to just explore anything and everything, and that exploration was encouraged. Perpich is a place where you can find who you are as an artist, a person, and what you’re really passionate about. It allows you to grow in your own way, while still focusing on making connections and collaborating with others. It’s a place unlike any other I’ve ever seen. I can honestly say that I love Perpich and it’s one of the few places I’ve felt I belonged. Because you’re welcomed with open, accepting arms that help you become who you were meant to be.”

Perpich – What are you currently doing?
Beyer – “Right now, pretty much everything is on hold, but during and after the University of Minnesota-Duluth, I sing with the Duluth Superior Symphony Orchestra, Arrowhead Chorale, and Lyric Opera of the North Chorus. I am also an intern with the Lyric Opera of the North (LOON). I was also a part of Celebration of Music, which is a PBS music competition hosted by Ethan Bortnick. There’s more exciting things coming up, from virtual choirs to administrative positions within the music industry. But I can’t say a lot on those for now! I am looking into grad school maybe in the next year or two.”