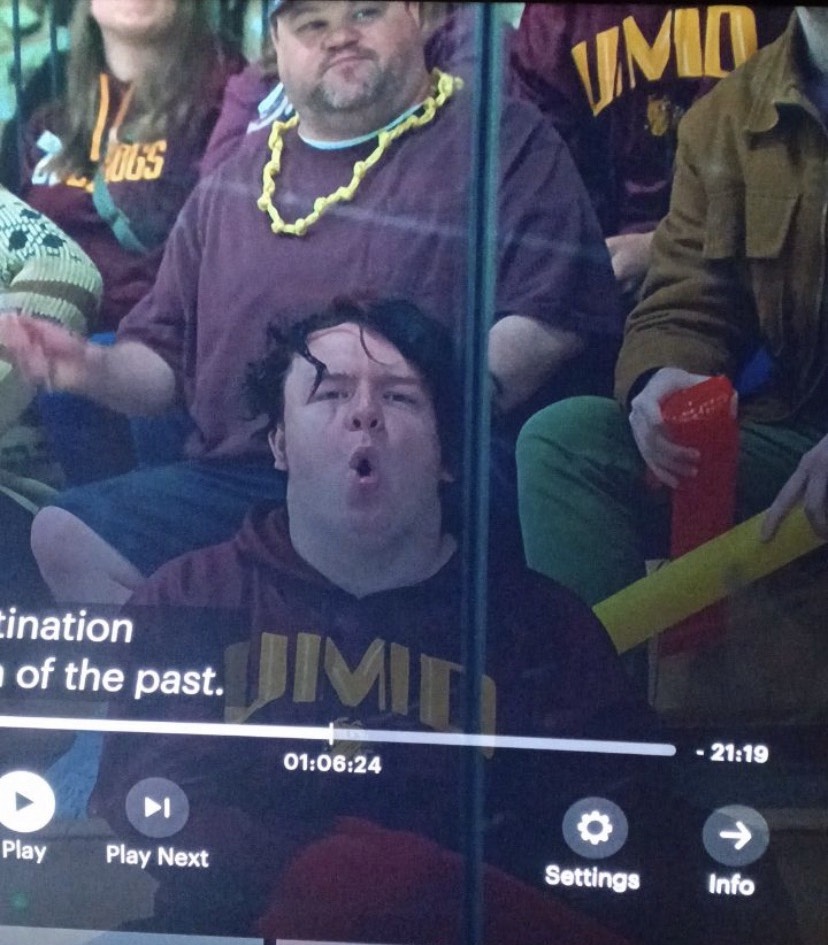 Blake Herrick (Media Arts 2023) is familiar with Minnesota winters, but those don’t typically happen in June. This past summer, Blake had the opportunity to be an extra in the Hulu holiday film, “Merry Kiss Cam” 2022, which was filmed in Duluth. Set in winter, the town was covered in fake snow for the hockey-themed story. “It was very strange for a Christmas movie to be filmed in the summer of a town that is known for their snow storms,” said Herrick. “Overall I had a blast being an extra in the movie even though I had to sit down and do the exact same thing for hours.”

Blake learned about the film’s production over a Facebook post that his aunt had shared with him, knowing how passionate he is about being in movies. “There was a link to apply and, after they review your application, they send you the call time and what to wear,” said Herrick. “I am actually surprised that I even ended up in the movie because there were so many people there and the camera was barely on me.”

As a student in the Media Arts program, Blake has been involved in several cinema projects, but they found the process of the studio production to be very different. “The call time was 11:00 a.m. and we had to be there until 6:00 p.m. The other extras and I were shuffled along the hockey arena for different shots and angles,” said Herrick. “For our cinema class projects [at Perpich], we tend to only shoot about four or less alternative shots for the scene, but with “Merry Kiss Cam” we did almost 20, I think. We all had to wear [Minnesota Duluth] Bulldogs clothes and, if it had any name brand on it, we had to cover it with tape.”

Blake is not the only Perpich student connected to “Merry Kiss Cam”. Joetta Wright (Theater 2005) also has a small part in the film. Joetta is an actor, voiceover artist, singer, host, and educator located in the Twin Cities.

Blake is from Proctor, MN and is the child of April and Jason Kilby. He previously attended Proctor High School in Proctor, MN. Herrick plans to major in film production and minor in acting. They are currently undecided about which college they will attend. 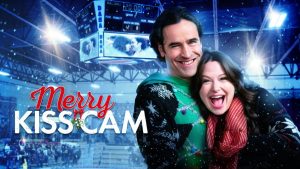 “Merry Kiss Cam” is streaming now on Hulu. “When Jess and Danny go on a first date to a hockey game, their team scores a winning goal after their ‘kiss cam’ smooch! Now, Jess and Danny must continue attending the games or risk the wrath of fans who believe their kisses are a good luck charm.” The holiday romantic comedy stars Angela Ko, Katie Lowes, and Jesse Bradford. The film is directed by Lisa France.