Janika Vandervelde, who retired in December 2015 as music teacher at Perpich, is not one to toot her own horn (although she does happen to play French horn). As a result of her modesty, many parents and non-music students and alumni are unaware that she is a celebrated composer who has written works for many nationally known choirs, orchestras and other ensembles. 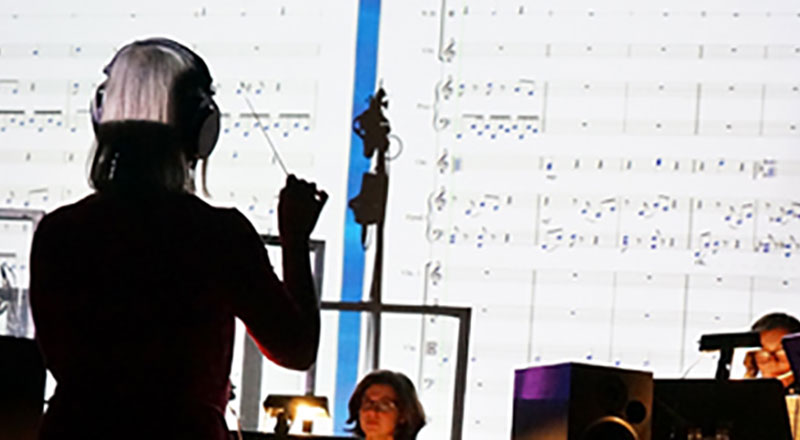 On teaching teenagers: “They are way more fun than college students to teach. They’re wiling to experiment and take risks with their creativity. And I think this generation is so respectful and kind to one another. I find them really hopeful. They have compassionate souls.”

She taught at Perpich since its “alpha” year of 1989, when she came in as a guest to work with the music program’s 20 students on writing, staging, and performing a musical theater piece. Vandervelde is featured in “In Her Own Words: Conversations with Composers in the United States,” by Jennifer Kelly. She first gained notice as a composer with “Genesis II” for piano trio, which became the subject of a chapter in another book, musicologist Susan McClary’s 1991 “Feminine Endings: Music, Gender, and Sexuality.”

Since then she has composed more than 100 works. Her varied catalog emphasizes choral music. She has written for Chanticleer, Minnesota Chorale, Dale Warland Singers and Oregon Repertory Singers, as well as St. Paul Chamber Orchestra and Minnesota Orchestra. She also composes for the stage and multimedia.

Vandervelde has been involved in music since kindergarten, when she started piano lessons. “I never had to be asked to practice,” she says with a grin. She continued her studies, taking on the horn and then, under the influence of a music teacher in Green Lake, Wisc., who had done his degree work at Peabody and was a “wonderful flute player,” also learning flute and playing in a flute choir.

It was as a senior at the University of Wisconsin-Eau Claire, however, that she came to a defining moment in her musical life and career.

As a music education major with an emphasis on piano performance, Vandervelde’s graduation requirements included a solo piano recital. “I had a date set in the spring, but I kept having these second thoughts. It just didn’t feel like my thing. I realized I really wanted it to be a composition recital.”

She petitioned successfully for the change and was permitted to organize a composition recital that included works for choir, horn, piano and violin.

“That was life-changing,” Janika says. “I decided to go on for a master’s degree in composition. Coming from a small town that was a big step, but somehow I had found my niche.”

At Perpich, she discovered kids whose creativity and diversity is “mind-blowing. After that first year, when I heard they were going to expand the program to let in more students, I applied without hesitation for the teaching spot and got it.”

Vandervelde enjoys working with teens. “They are way more fun than college students to teach,” she says. “They’re willing to experiment and take risks with their creativity. And I think this generation is so respectful and kind to one another. I find them really hopeful. They have compassionate souls.”

Vandervelde dismisses the idea that one cannot teach composition to young students. She developed a composition curriculum for the American Composers Forum and Make Music Inc. called “Music by Kids for Kids: Blueprints for Creativity.” It grew out of her work at Perpich, where she came to believe that anyone can learn to read and write music just as they learn to read and write words. The music program at Perpich emphasizes composition, with students composing on computers.

“It’s freeing in terms of the process itself,” she says about technology in her interview in Kelly’s book. “The gift of the computer is that you can start with a whole piece and then morph it. This means you can experiment to your heart’s content, trying out ideas. My students love that. It’s what exercising creativity is all about. By the end of the day the students have created a whole piece—a piece they never expected to write. They’ve been stretched. The technology lets them take the score and performance home on a CD and say, ‘I did this.’”

Vanderveld’s legacy at Perpich will be the dozens and dozens of students who have won state and national composing awards and continue to make and play amazing and original music.